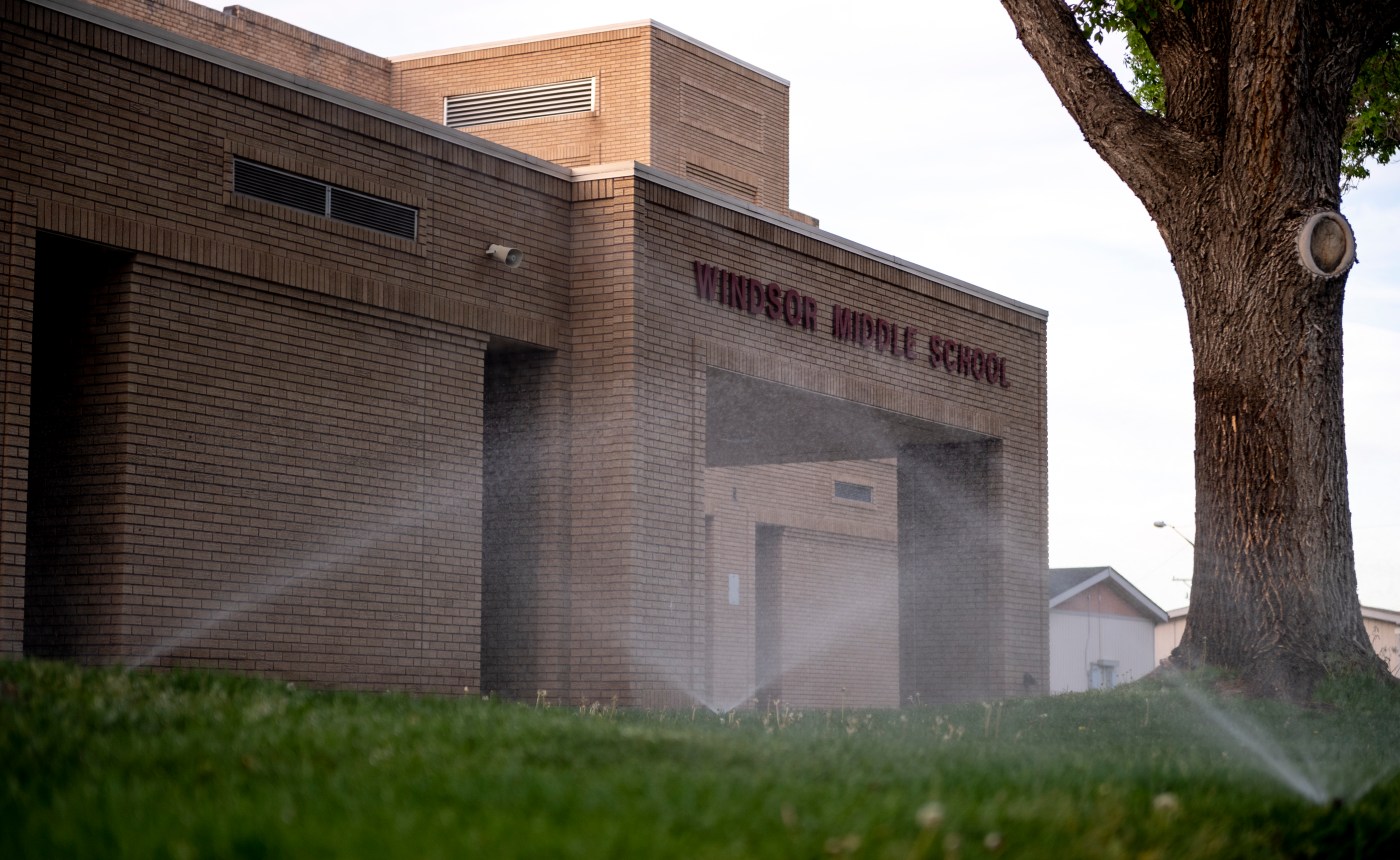 In a few weeks, the Weld RE-4 School District Board of Education will vote on whether to include a $271 million bond proposal in the November ballot.

The board is due to vote during its August 15 meeting in Windsor. The meeting begins at 7 p.m. in the boardroom of the District Administration Building on Main Street.

But first, the board will meet for a working session on Monday where it will discuss and review the potential bond and mill levy override issues, per the working session agenda. The session starts at 7 p.m. It will also take place in the boardroom of the administration building and the session will be streamed live:

The board discussed a possible MLO during a previous working session earlier this month.

The school district has sustained the need for new schools, renovated schools, and other facilities in recent years as student numbers increase.

The district said it was conservatively forecasting 6,497 students in Weld RE-4 schools this year, excluding Windsor Charter Academy. The district estimates that just over 8,000 students with WCAs have been added to the forecast, a 98.5% increase over the past 12 years.

Eight out of nine schools in the district have exceeded construction capacity. To accommodate growth for the upcoming school year, the district purchased five modular buildings (25 classrooms) at a cost of $8.9 million. According to Katie Smith, director of communications and public relations at Weld RE-4, the modules are currently being installed.

If the board votes to include the bond measure in the ballot, it will be the second time in two years that the district has sought capital to build and renovate schools. A $179 million bond measure fell by less than 500 votes in last year’s vote.

One component of the bond offering focuses on Windsor Middle School, a nearly 100-year-old building on a busy Main Street corridor. The middle school has a capacity for 700 students in grades six through eight. The school’s enrollment for the 2021-22 school year was 818. More than 830 students (834) are enrolled to attend Windsor Middle for 2022-23 at the end of July.

The proposal on the table for the middle school recommends building a new 900-student middle school on 15th Street in Windsor at an estimated cost of $92.5 million. A new middle school at that location was also part of the bond package that was rejected by voters a year ago.

The middle school project under the current version of the bond involves maintaining the existing Windsor Middle School as a middle school until it can be repurposed for future district purposes. New Chief Operating Officer Michael McCullar said earlier this month the application to preserve the current Windsor Middle School would come from the Board of Education and the Bonds Advisory Committee.

“If we closed Windsor Middle School as soon as it opened, we would already be at capacity,” McCullar said of the proposed bond package during an online community meeting July 19. “We were already delayed by the cancellation of the 2020 election and the failure of the 2021 (bond), our growth has continued to accelerate and we didn’t want to open a brand new building at full capacity.”

The current bond package also allows for building repairs at several schools. Repairs at the middle school will focus on replacing the roof, roof units, boiler and water heater, according to information posted on the district’s Facebook page July 28.

“The city and the district both want to move Windsor Middle School off Main Street,” said Chris Ruff, a Windsor resident and a member of the district’s Long-Term Planning Facilities Committee and Bonds Advisory Committee. “Nobody is against it. But we are not there yet.”

Smith said if the bond goes through, the district plans for Severance Middle and the new middle school to have a capacity of 900 students. Severance Middle School is to receive a 300-seat extension and a second gym as part of the current bond proposal.

The district will then form a boundary committee representing the community to set boundaries for the three middle schools.

A portion of Windsor Middle School, more than 36,000 square feet, remains closed and unused. This section contains asbestos. McCullar said the approximate cost of demolishing this section is $1.2 million. He provided the estimate in response to a question about asbestos in the building during online town hall on July 19.

McCullar added that the asbestos is inspected and assessed every six months and the building is due to be inspected by a third party this summer.

“We have processes in place to monitor asbestos where it is present,” McCullar said. “Specifically at Windsor Middle School, this part of the building has been cordoned off and students are not allowed to enter this area.”

Smith said there was no record of the district requesting funding to remove asbestos from the middle school 20 years ago and that the work didn’t happen at the time.

Smith said security and maintenance issues at the building were addressed with funds from the 2016 bond. A safe entrance has been added and repairs have been made to the sewers, mechanics and drainage. Parts of the building received new paint and carpeting, as well as new LED lighting in classrooms and hallways.

Earlier this year, a layer of asbestos was found in the roof of the old Greeley West High School as it was being prepared for demolition. Asbestos removal continued this month. The process must be completed before the remaining part of the building is demolished.

The school will be replaced with a converted Greeley West in the coming weeks and in time for the start of the new school year next month.

According to the US Environmental Protection Agency, asbestos is a mineral fiber found in rock and soil. Because of its fibrous strength and heat resistance, asbestos has been used in a variety of building materials for insulation and as a flame retardant. According to the EPA, asbestos does not pose a health risk if handled properly.

Ruff said the building, with the exception of this section, is a “working school.”

“We’re going to fix the roof and do HVAC repairs and keep it running,” Ruff said. “We don’t want it to go to waste. We cannot afford to close Windsor Middle School as it exists. We need too much seating.”

A dancer still critical after concert incident in Hong Kong