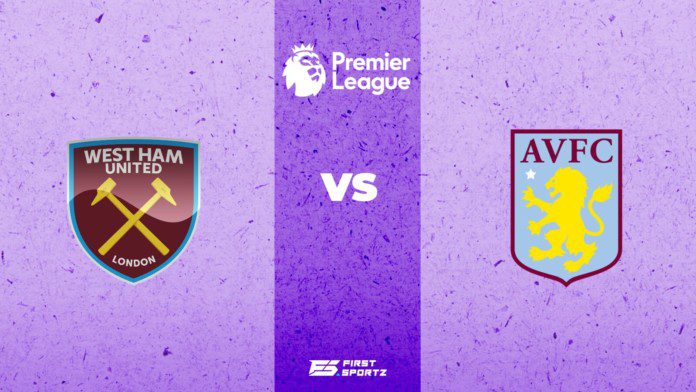 WEST HAM UNITED – ASTON VILLA: West Ham United met Aston Villa on day 29 of the Premier League at the London Stadium.
West Ham broke the deadlock in the 70th minute of the game through Yarmolenko in a very emotional moment for the Ukrainian. Pablo Fornals doubled West Ham’s lead after a brilliant squad formation. Villa brought the game to life when they scored in the 90th minute. The game ended 2-1 for West Ham United FC.

Lukasz Fabianski (7.5/10): WEST HAM UNITED goalkeeper has very good feet. Almost all of his balls reached his players. Made a very good save in the first half to stop Villa from taking the lead. An excellent fingertip saved him in the 55th minute as well.
Ben Johnson (6.1/10): Missed the ball easily many times which put pressure on his team. Tucked in some crosses that weren’t good enough. Got dribbled past a couple of times.
Craig Dawson (7.0/10): Missed the best chance of the game when he headed the ball over the bar. However, the center was good at his defensive duties. Dispersed the fountain heavily. Very good in ground and air combat.
Kurt Zouma (7.0/10): He looked confident on the backline. Unbeatable in the air. The center was good with his pass. Had a good first half to show. Made some important releases.
Aaron Creswell (6.9/10): The full-back relied on constant overlap and a threat down the wing. Had his fair share of the ball. Created some good chances down the left channel. Intercepted a few threats. Substituted in the second half.

Thomas Soucek (7.2/10): Got a great chance to put his team ahead before the half hour. He just missed the target with his header. Helped his team defensively a lot. The fit was good.
Declan Rice (7.3/10): The captain had a good day at the office. Dominated midfield with possession. Worked both defensively and offensively. His brilliance sparked the attack that led to his team’s second goal.
Manuel Lanzini (6.4/10): Committed some fouls and was carded in the first half. A little more physical play was expected of him. Had a good chance but his team couldn’t take it.
Said Benrahma (7.6/10): Very bright in the early stages of the game. Forced Martinez to make a save early in the game. Fast feet in closed spaces. Easily dribbled past opponents. Was one of the fastest players on the pitch. Prepare his teammate nicely to score the second goal.
Mikhail Antonio (6.3/10): Not much of the treatment is the target man. Sometimes falling back to get the ball. An opportunity created. Committed a few fouls and was substituted early in the second half.
Pablo Fornals (7.0/10): Had a clear sight of goal in the first 10 minutes he couldn’t keep on target. Good set piece delivery. Doubled his team’s lead in the 81st minute.

Substitutions:
Andriy Yarmalenko (7.6/10): The Ukrainian received a standing ovation for the first time since the conflict broke out in his country. Looked lively since he came. Made a good finish to give his team the lead.
Ryan Fredericks (6.4/10): Hasn’t been involved much in the game since coming on. Intercepted a few balls in the final phase.
Issa Diop: N/A

Emiliano Martinez (6.6/10): ASTON VILLA goalkeeper was in the middle of the action in the first half. Made some good saves. Sometimes looked unconvincing when it came to high balls. A few decent punches too. Made a reflex to refuse West Ham.
Lucas Digne (6.0/10): Substituted within the first 10 minutes of the game due to injury.
Tyrone Mings (7.0/10): The captain would drive the ball up from behind whenever possible. Don’t take hasty challenges. Made a lot of important interceptions in the back.
Calum Chambers (6.9/10): In duels on the ground, the central defender was at times easy to beat. Conceived some fouls in bad spots. Did some important tackles. The positioning could have been better.
Matty Cash (6.8/10): Was easily dribbled past several times. Loss of ball in bad areas of the field. Cleared the ball many times to stop West Ham’s attack.

John McGinn (6.8/10): Inaccurately crossed the ball many times. Good for aerial duels in the middle of the park. Well caught and packed. He missed the last ball forward. An average ad.
Douglas Luiz (6.2/10): The holding midfielder didn’t join the attack as strongly. He did a good job cleaning up some changes that could have posed a threat to his team. Poor ball distribution. Has been fouled a few times.
Jacob Ramsey (8.2/10): Scored a great goal to bring Villa back in the 89th minute. Well dribbled. Made a lot of tackles and won the ball for his team in midfield. Sparked some attacks for his team. Had a key pass to his name. An excellent show from him.
Philippe Coutinho (6.8/10): Cast in role number 10, might not have that much impact. Had a shot on target in the first half. Couldn’t thread the last ball to feed his forwards.
Danny Ings (6.7/10): Has bonded well upfront with his partner Ollie Watkins. Good combination game. Tremendous work rate shown by the strikers closing players and chasing the ball.
Ollie Watkins (6.7/10): Only had 1 shot on target in the whole game. Sometimes shifted to overload the wings. Passing wasn’t the right thing to do as he was robbed of the ball many times.

Substitutions:
Ashley Young (6.8/10): Came into play very early on as a forced substitute. Creates a great opportunity down the wing. Many crosses struck. Good in duels on the ground.
Leon Bailey: N / A
Emiliano Buendia: N / A

Where to find the sky blue hidden tear in Elden Ring?

Emilia Clarke and Samuel L.Jackson on the set of Secret Invasion

3 Derek Carr Alternatives No One Talks About