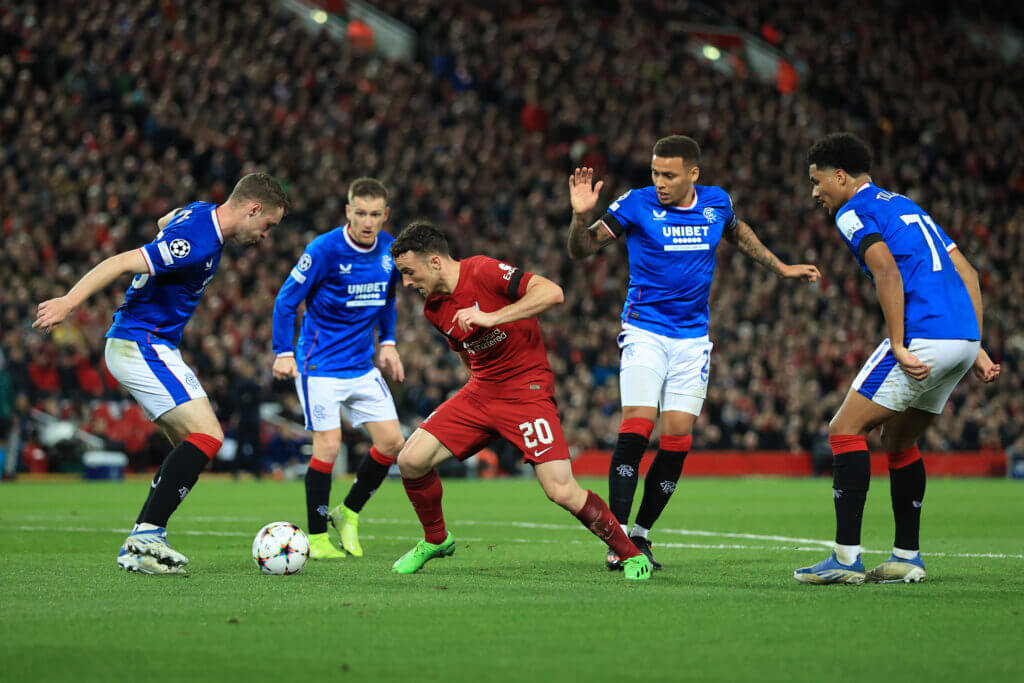 Rangers’ 2-0 defeat at Anfield was another sobering experience for Giovanni van Bronckhorst’s side. With this third awakening of this kind in their first three Champions League games – having failed to score a single goal in nine games combined – they are becoming so sober that they could make Group A a teetotaler by the time they are done with them.

Of the 270 minutes of football played so far, there has hardly been an exhilarating moment to talk about and they desperately need to find a moment to stimulate the senses.

They look like a side that numbs themselves when they fall behind and the agony of recent heavy defeats against Celtic, Ajax and Napoli is certainly still lurking in the back of their psyche.

The Rangers mustn’t become desensitized to this kind of one-sided knockdowns, but at half-time in Group A they are now busy trying to save the Pride.

Reaching that stage has been the goal for this season, so in that sense those results aren’t as damaging as the 4-0 loss to Old Firm, but calibrating exactly how to frame and contextualize such a thorough superiority can lead to one Become a challenge when it becomes a trend across all competitions.

Van Bronckhorst wasn’t shy about underlining how high the ‘level’ is after he said it was ‘too much to ask’ to compete with Ajax after drubbing 4-0 and he did so again after the Liverpool game . In truth, “gaps,” “plains,” and “chasms” have become such a prominent vocabulary in Rangers.