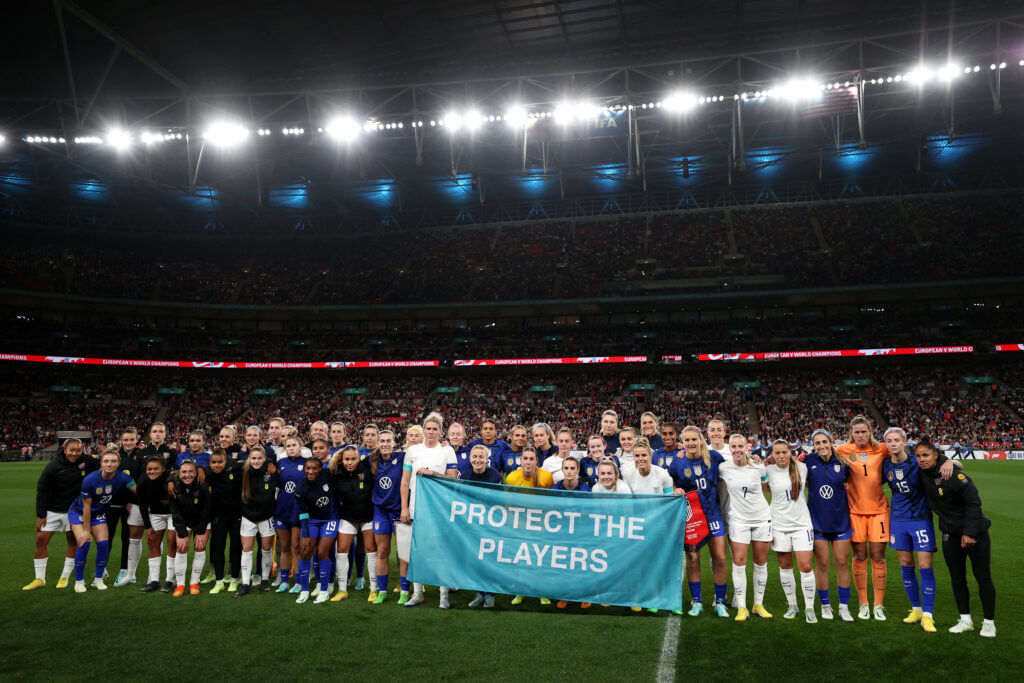 Players from the England women’s national soccer team stood together in solidarity with US players on Friday after the results of an independent inquiry into allegations of abusive behavior and sexual misconduct in the National Women’s Soccer League were released on Monday.

Both teams gathered on the pitch at Wembley Stadium in London ahead of the sell-out friendly match between the two sides, holding a banner reading ‘Protect The Players’. Players also wore teal armbands to show their support for survivors of sexual violence.

The findings of the investigation, led by former Attorney General Sally Yates, showed that the NWSL failed to provide a safe environment for players and repeatedly ignored player allegations of abuse and inappropriate behavior by coaches for many years.