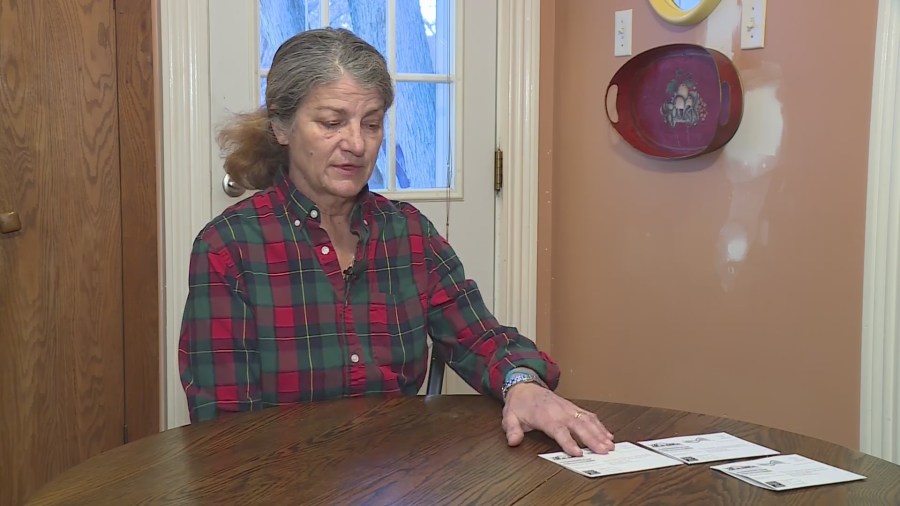 ST. LOUIS – A woman in St. Louis is speaking out about concerns about possible voter fraud after receiving four voter alert cards for one of her households.

Nancy McCafferty said: “I received these four cards yesterday and I told them I was the only person living in this house. “And I told them that three times.”

Each card is for one former resident, including her two sons and a girlfriend.

But they didn’t and there’s a reason for that.

By law, voters need to submit their new address to the electoral commission, and they need to do so with their own signature.

“In this situation, we are trying to maintain who will vote in St. Louis,” Ben Borgmeyer, Democratic election director for St. Louis said.

While it may seem related, voter letters are sent out to ensure that each registered resident can confirm their address before the election, preventing potential fraud.

After two federal elections, if they don’t vote, that voter becomes inactive – but they’re still in the database.

“That is a concern to me because we have heard all about the last election that there was not any fraud, no fraud and here I am getting these in the mail. And I thought, ‘This is just a household. How many of these are sent? “What’s stopping my son from getting a ballot mailed to him in California, saying he’s on vacation and then voting and then voting in California,” McCafferty said.

Trends: Illinois plans to end mask mandatory this month, but not all schools

That concern is partly justified. Each state issues a quarterly report on those who register and vote.

If someone took advantage of the time between reports and voting, it could happen. But the government warns they will track you down.

“We all know we shouldn’t vote in two different states, but that doesn’t mean it can’t happen,” McCafferty said.

https://fox2now.com/news/missouri/st-louis-woman-concerned-after-getting-4-voter-cards-in-mail/ The woman of St. Louis worried after receiving 4 voter cards in the mail

33 Days Without Rain - What Does This Mean For The California Drought? - CBS Sacramento