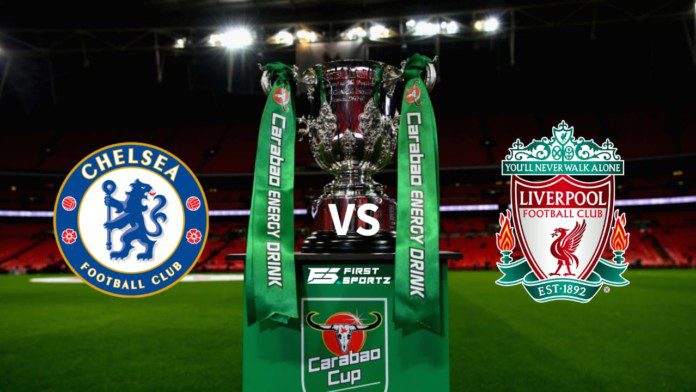 Both teams played phenomenal football in the match and it was a great thing to watch. It was an entertaining match as the teams managed to take the lead with much effort but both goalkeepers tried and failed to keep the goal for 120 minutes.

The penalty takers were perfect on both sides as all 10 players on the field successfully took their penalty kicks. Liverpool’s GK Kelleher converted their number 11order but Chelsea’s GK Arrizabalaga missed his shot and the Reds won the trophy.

Let’s have a look at the player ratings for the match:-

Edouard Mendy (8.6 / 10): Mendy made two stunning saves to knock out Keita and Mane. He made 6 saves

Trehov Chalobah (8.5/10): Chalobah excelled in one-on-one situations and had the most successful tackles in the match-3.

Thiago Silva (8.6 / 10): Silva had a brilliant match in defence. He was Chelsea’s last line of defense for many games and kept a clean sheet.

Antonio Rudiger (8.1/10): The German midfielder launched challenges and won the ball very well. He made a lot of tackles, kept the ball.

Cesar Azpilicueta (6.8 / 10): The Chelsea captain had a steady game on the right before picking up an injury in the second half.

N’Golo Kante (8.4 / 10): Kante is in for his usual winning challenges in midfield and making important interceptions.

Mateo Kovacic (8.5/10): Kovacic is everywhere on the pitch and has unsurpassed ball prediction. He was one of the Chelsea players of the match.

Marcos Alonso (October 8): Alonso’s left flank was where Chelsea created the most chances and Alonso was a key player involved in that.

Christian Pulisic (6.7/10): Pulisic missed an early opportunity, but made some good plays for Chelsea before being replaced by Werner in the second half.

Kai Havertz (7.6 / 10): Havertz had a good game and scored in extra time, which was called offside.

Reece James (6.5/10): James came in for the injured Azpilicueta and had a steady game on the right flank.

Romelu Lukaku (6.7/10): Lukaku’s shot on target was saved by Kelleher and another was flagged offside.

Jorginho (6.3/10): Jorginho didn’t have much to do in the final minutes of extra time.

Kepa Arrizabalaga: Arrizabalaga continued to take the penalty shootout and failed to score the decisive penalty.

Caoimhin Kelleher (8.4 / 10): Substitute keeper Kelleher was calm under pressure and held the pylons well. He made 4 incredible saves during the night.

Trent Alexander-Arnold (8.5/10): The defender had to make a series of important passes and crosses from the flanks and looked as if he had his boots on.

Joel Matip (7.3/10): Matip had a good defensive game and also scored from set-piece but was deemed offside by the referee.

Andy Robertson (7.2/10): Robertson participated in most of the Liverpool attacks from the left flank.

Jordan Henderson (6.5/10): Henderson had an average game when he tried to provide the ball to the strikers but failed.

Fabinho (7/10): Fabinho had a good game as a defensive midfielder and performed his duties equally.

Prophet Keita (6.6 / 10): Aside from a thunderous shot on target that was blocked by Mendy, Keita didn’t do much in the match.

Mohamed Salah (6.8/10): It wasn’t Salah’s night as he had the fewest touches of any midfielder in the game and was unable to bring out his dexterity.

Harvey Elliott (6.3/10): Elliott was included in the squad just before kicking injured Thiago and had a good game.

Diogo Jota (5.8/10): Jota was introduced to the field in the last minutes of the second half, but the performance was not effective.

Divock Origi (6/10): Liverpool’s clutch player was brought in to comment on the game but was unsuccessful.

https://firstsportz.com/chelsea-vs-liverpool-player-ratings/ The ratings of the Chelsea vs Liverpool players as Liverpool won a dramatic 11-10 on penalties after the game entered extra time with a score of 0-0