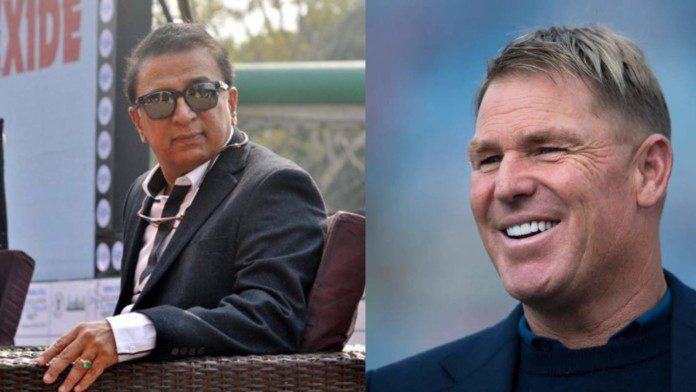 Last week Sunil Gavaskar praised Shane Warne’s influence on cricket but was heavily criticized for some of his other comments. Australian spin legend Warne died on March 4 of complications from a suspected heart attack aged 52 in Koh Samui, Thailand.

When an India Today presenter asked him if Shane Warne was the biggest nutcase he had ever seen, the former Indian captain said: “No, I wouldn’t say that. For me Indian weirdos and Muttiah Muralitharan were certainly better than Shane Warne.”

“Because look at Shane Warne’s record against India. It was pretty normal in India, in Nagpur he only got five wickets once, and that too because Zaheer Khan smacked him wildly to give him a whistle.

For example, the question about Shane Warne’s height shouldn’t have been askedS Sunil Gavaskar

On Monday 7 March, batting legend Gavaskar shared a video on his social media platform to clarify the remarks in question.

“Last week was a very traumatic time for the cricket fraternity. In the space of 24 hours we lost two of the most iconic cricketers the game has ever seen, Rodney Marsh and Shane Warne. On TV I was asked by a presenter if Warne was the greatest nutcase of all time and I gave my honest personal opinion. In hindsight, I shouldn’t have asked this question, nor should I have answered it. Because that was not the time for a comparison or a critical evaluation. Warne was one of the greatest cricketers to ever play the game. Rodney Marsh was also one of the greatest wicketkeepers the game has ever seen. May their souls rest in eternal peace,” said Sunil Gavaskar.