Sony Pictures has acquired the worldwide rights to “Father Stu” starring and produced by Mark Wahlberg.

Written and directed by Rosalind Ross in her feature film debut, the film tells the true story of boxer Father Stuart Long, whose journey from self-destruction to redemption inspired the countless people on the way.

“Father’s Stu’s journey from troublemaker to missionary has inspired many, myself included,” Wahlberg said in a statement. “Rosey has done an incredible job capturing the essence of who he is and how he affects the people he meets. I hope that with this film, we keep his spirits up and continue his good work.” 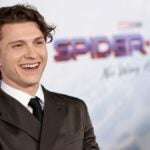 Next could be seen Wahlberg starring in “Uncharted” by Sony Pictures, based on the PlayStation video game. “Uncharted,” directed by Ruben Fleischer, hits theaters on February 18. While Wahlberg was at various points to play hero Nathan Drake, the actor switched to Victor Sullivan’s mentor as Tom Holland. started playing the role of a child. Drake in what will serve as an origin story for later seasons.

Wahlberg has produced more than a dozen feature films, including “The Fighter,” “Patriots Day” and “Lone Survivor.”