“In her nearly six years at Sony Pictures Television, Jennifer has been a standout and a strong leader in our current programming team. Her expertise in working with top-level creative talent combined with intelligent instincts and a passion for unique and impactful storytelling makes her an excellent choice to lead. leading the TriStar Television brand,” said Clodfelter. 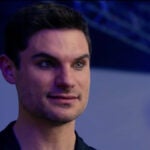 “I am delighted for the opportunity to work more closely with Jeff Frost and Jason, leveraging all of the resources of our television division and the opportunity to work with Nicole Brown at TriStar Pictures. I look forward to continuing to build on TriStar Television’s brand by expanding our creative relationships, highlighting new voices and stories, and focusing on delivering premium content to consumers. our partners,” said Turner.

Most recently, Turner was SPT’s senior vice president of Scripted Programming, overseeing creative for shows including “The Good Doctor,” “The Blacklist,” “The Boys,” “For Life.” and “Woke”.

Prior to that role, Turner was Vice President, Licensing and Strategic Partner for NBC Universal.

Peacemaker star plays "powerful" character in Guardians of the Galaxy 3

Can Purdue Head to the National Championship?