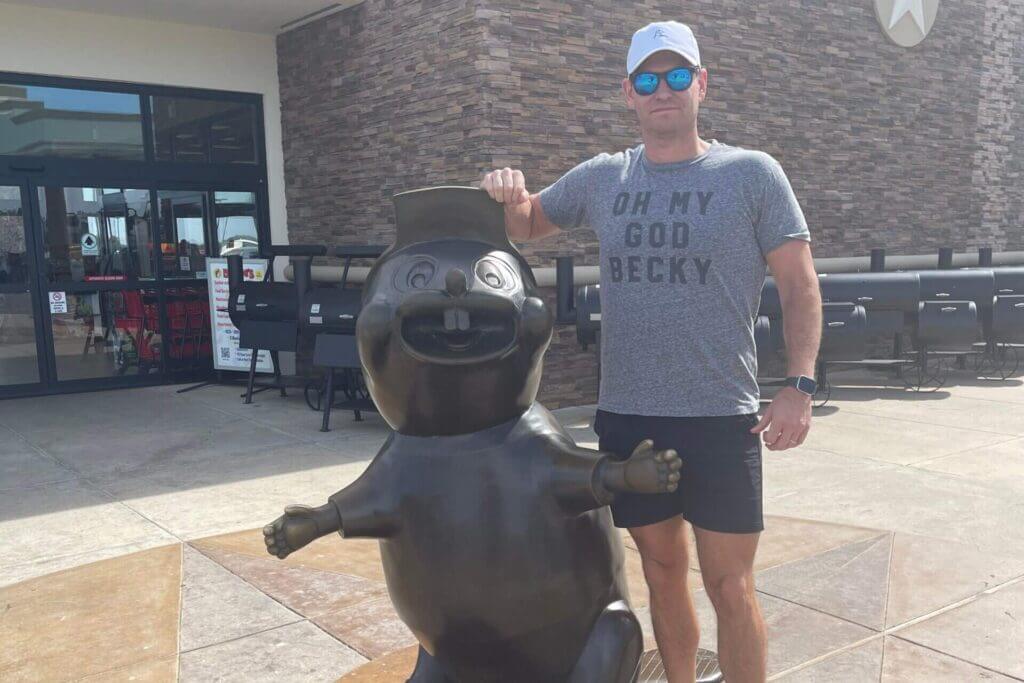 COLLEGE STATION, Texas – When Kipp Knecht left his home in Chicago to join Texas A&M on an Air Force fellowship, little did he imagine that on a Friday night he would be standing in coveralls in front of a 40,000 crowd telling tales about Ol’ . Rock the Good Ag while all these people watched his every move.

But during an orientation prior to his freshman year, Knecht saw a presentation by the Yell Leaders. In their thoroughly starched white matchday uniforms, they cheered and spoke in a 100-year-old language that felt alien and strangely familiar at the same time. Hundreds of miles from home at a massive school with a culture and tradition he didn’t know as a child, Knecht began to feel part of the campus community. If he could learn those wild hand gestures and that language, he’d dive deeper. And if he could join the Yell Leaders, maybe he could help make another new student away from home feel welcome for the first time.

And maybe, just maybe, he could teach a sportswriter how to hitchhike.

That’s what Knecht did on Monday when Ari Wasserman and I visited College Station on the first stop of a tour aimed at immersing Ari in SEC culture after spending most of his career collaborating with the deal with the Big Ten. Ari is married to a Texas A&M grad — who hasn’t attended many Midnight Yells — and he’s been down a rabbit hole to watch Yell Leader videos lately. So on a visit where we asked Jimbo Fisher questions about an offense that doesn’t seem to be moving, we asked the Yell Leaders to help Ari understand her role.

servant was there. Within 15 minutes he had Ari ready to change into a starched white jumpsuit.

The only roles that remain the same in Mobile Suit Gundam: Cucuruz Doan's Island

Detailed breakdown of two of school basketball’s finest – The Athletic

What to Watch Tuesday: “The Day the Music Died” airs on Paramount Plus