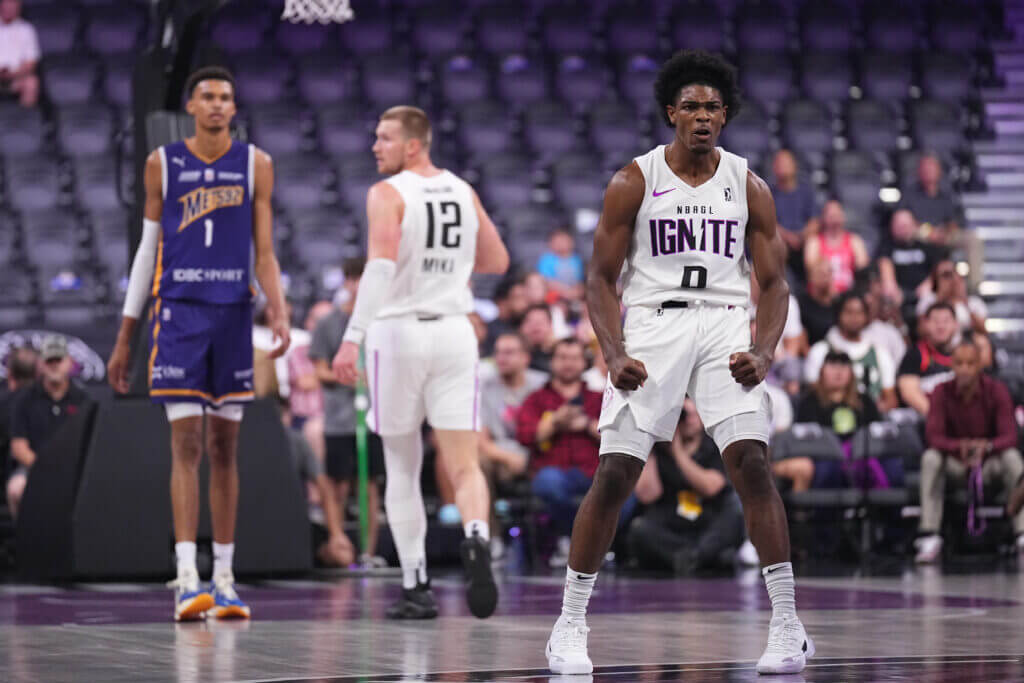 Henderson, 18, finished the tournament with 28 points, five rebounds and nine assists, while Wembanyama led all scorers in the loss with 37 points, four boards and five blocks. The two highly acclaimed soon-to-be lottery picks met at an exhibition game in Henderson, Nev.

Despite the loss, Wembanyama is widely regarded as the No. 1 consensus pick due to his 7ft 2 frame, ability to shoot from long range and defensive potential. Henderson also had support from potential first-round picks Leonard Miller and Sidy Cissoko, who finished with eight and seven points, respectively.

The CBS mom character who really divided the fanbase

Fire at Camp Randall sends 1 to hospital with ‘serious injuries’