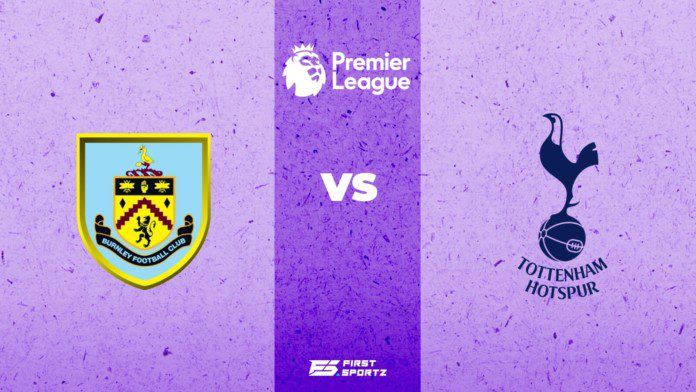 Burnley vs Tottenham Player ranking: Burnley encounters Tottenham at Turf Moor’s home ground in round 13 of the Premier League.

The first half ended 0-0. Both teams tried their best but it was Burnley that made the difference. Mee headed home Burnley to victory and Brownhill found Mee in the right position to deliver a superb pass. The match ended 1-0 at all times.

Let’s take a look at the players’ ratings for the Burnley vs Tottenham match:

Nick Pope (6.7/10): Burnley’s keeper got off to a good start. Preventing Kane & Son from scoring is not easy.

Eric Pieters (7.4/10): He held his ground inside the box, giving the least chance for Tottenham to drive a shot. He is very good today.

Ben Mee (October 9): Make the difference in goals with a phenomenal header. The Burnley The captain gives the home team a breakthrough.

James Tarkowski (7.2/10): Played a good game overall. He made some great headers.

Dwight McNeil (7.5/10): He played well in attack. Almost scored for a player shouting from afar.

Josh Brownhill (8.6/10): Went a few photos from a distance. Participated in providing support for 1st scored.

Wout Weghorst (6.5/10): The new signing is starting to make a good impression. Pretty good with his acrobatic ability.

Jay Rodriguez (7.1/10): Was well engaged with the offensive movement. Missing an open tap can easily double the score.

Barnes (6.8/10): didn’t have much time to play as he entered the final minutes of the game.

Hugo Lloris (6.5/10): Make a brilliant save to deny Rodriguez’s shot. Most of the upcoming footage was easily collected by him.

Crisitan Romero (7.5/10): Romero was at his best today. He made some timely intercepts.

Kouassi Sessegnon (6.2 / 10): He makes some good attacks from the left. Well covered for the defensive area.

Hojbjerg (6.4 / 10): Had a good start tonight. He holds the position well but doesn’t participate much in attacks.

Bentancur (6/10): Starting to seem troubled with injury at the start. He was substituted after game 1st half.

Emerson Royal (7/10): Make a cut from the wing to aim for some shots. He was substituted in 2nd half.

Dejan Kulusevski (October 6): Kulusevski made some good moves but did not bring the expected effect. He was blocked in defence while moving forward.

Harry Kane (6.2/10): The star of the previous match was not on the scoresheet today. He collects a push attack look though.

Lucas Moura (5.8/10): Participated in the attack immediately but barely got any results.

Harry Wink (5.7/10): almost lost and not much left in the picture. He didn’t seem to put in much effort after entering

Bergwijn (5.8/10): There wasn’t much time to play as he entered the final minutes of the game.

https://firstsportz.com/burnley-vs-tottenham-player-ratings/ Review of Burnley vs Tottenham players as Burnley won a fantastic 1-0 win over Tottenham all time

Arknights' profound strategies took a year for me to fully understand