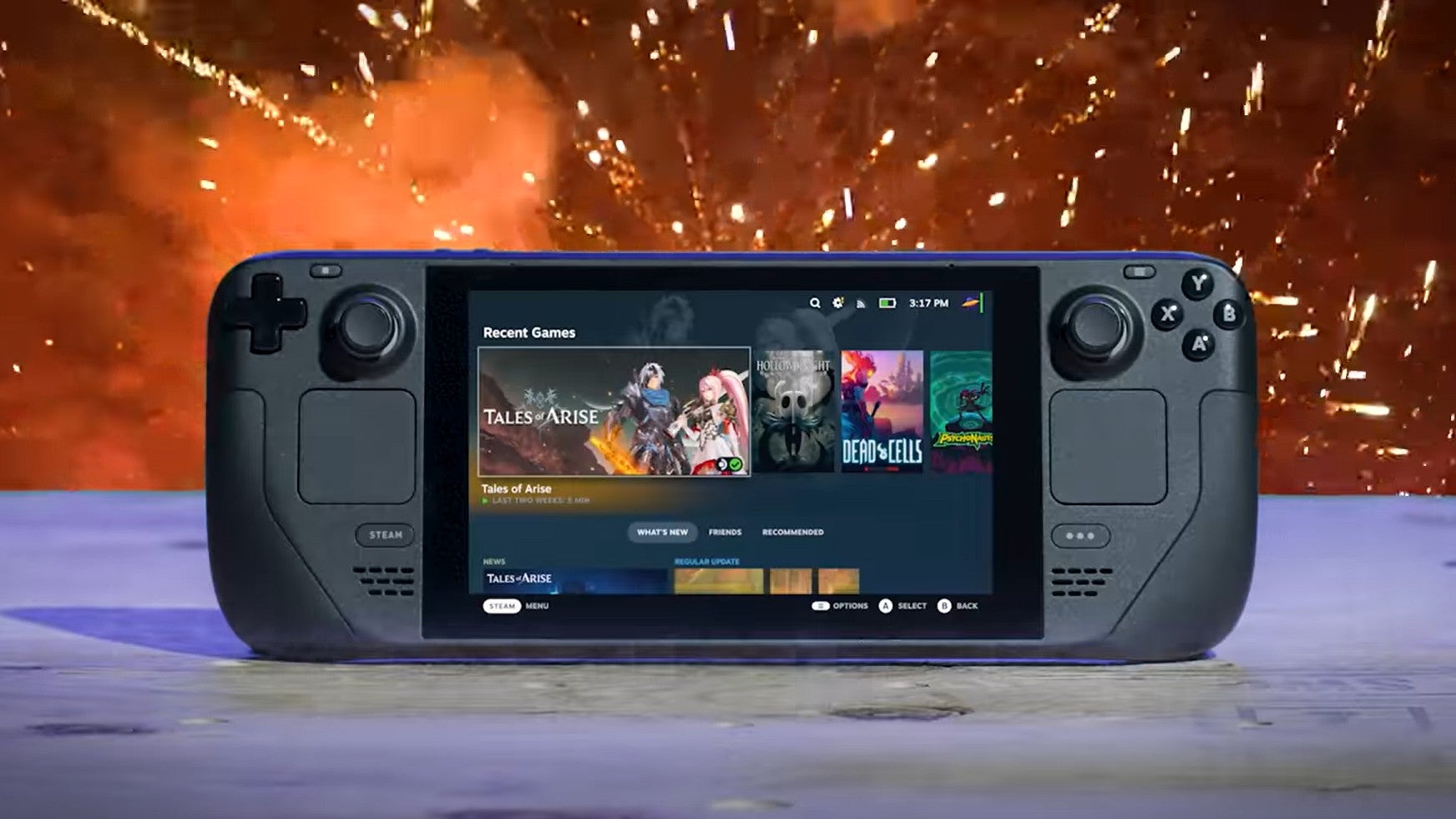 Valve deleted a Steam Deck promotional video, which can still be viewed embedded in this story at the time of writing, after attentive viewers spotted a Nintendo Switch emulator lurking in the library.

Yuzu is open source and most importantly legal, but as PC Gamer points out, emulation is a sensitive issue for some, prompting Valve to upload an emulator-free version of the same video a short time later, which you can see below:

ICYMI, all three versions of the device – the £349 64GB model, the £459 256GB model and the £569 512GB model – are available now in the UK without reservations and with an estimated delivery time Available in 1-2 weeks. However, since allocations have historically been per territory, availability may vary from region to region.

Alongside the reservation news, Valve also announced that its long-awaited Official Steam Deck Dock is now available, priced at £79.99/USD 89.99.

For those unfamiliar, much like the dock for Nintendo’s Switch, Steam Deck’s docking station is a wired charging station used either to charge the device or as a means of connecting to a TV for big-screen gaming can .

Michigan State Observations From Ohio State: What Went Wrong In Another One-sided Loss

The 10 best mods for Conan Exiles

Where to play The Last of Us? answered