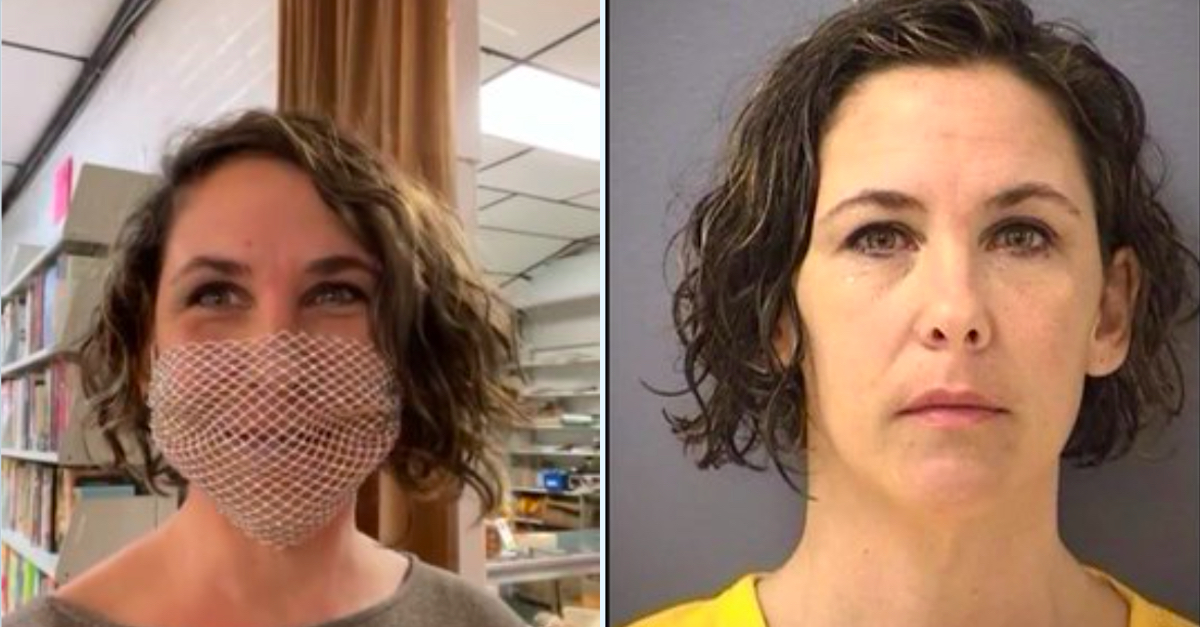 The Pennsylvania mother of eight who brought a bullhorn to the U.S. Capitol on Jan. 6 and used it as Donald Trump supporters raided the building has apparently not been able to find a lawyer she can afford, and has asked that one be appointed for her.

Rachel Powell, who earned the name “Bullhorn Lady” when she appeared to direct pro-Trump rioters into the Capitol building, indicated on Jan. 7, 2022 that she intended to get a new attorney.

Now, some three weeks later, it appears that Powell’s attempts to get a new attorney haven’t worked out, and on Monday she asked U.S. Magistrate Judge G. Michael Harvey to appoint one for her.

Engle told Harvey that Powell hasn’t been able to get a new attorney who she could afford. Harvey said he had some questions about Powell’s financial situation, which he asked during a sealed portion of the hearing that was not available to the public.

That conversation was apparently enough to convince Powell, who agreed to Powell’s request.

“I do find Ms. Powell is eligible for the appointment of counsel,” Harvey said when the public part of the hearing resumed.

It won’t be entirely cost-free to Powell: Harvey, apparently finding that Powell had some resources, ordered her to pay $500 per month. But as is the case generally with public defenders or appointed counsel, taxpayers will be footing the bill for Powell’s representation.

Powell is one of the more infamous figures to emerge from the Jan. 6 breach, when hundreds of Trump supporters overran police and breached the building in an attempt to stop Congress from certifying Joe Biden’s 2020 presidential election win.

Powell also made headlines since her arrest. In April, she very publicly appeared to defy Chief U.S. District Judge Beryl Howell’s order that she wear a mask whenever she left her residence as a condition of her pretrial release by wearing a “mesh mask” described in a court document as having “holes in it large enough to see defendant’s nose and mouth.”

Engle helped Powell avoid being sent back to jail, successfully arguing that his client was merely paying homage to singer Lana Del Rey, who wore a mesh face mask to a fan event in October 2020.

Engle had also secured Powell’s pretrial release, describing her as a single mother of eight children with “significant roots in her community” and “neither the financial means, nor the motive, to flee from prosecution in this matter.”

The impact of Powell’s request on the timing of her case is unclear; Lamberth had given Powell 60 days to find a new attorney and review a plea offer from the government, but as the Jan. 6 prosecutions continue to pile up, courts are increasingly eager to move the cases along.

The Sixth Amendment to the U.S. Constitution ensures the right of a criminal defendant to have an attorney. When a defendant can’t afford one, a lawyer, such as a public defender. Sometimes a “panel attorney,” or a private attorney who accepts criminal clients pursuant to the Criminal Justice Act (CJA), will be assigned.

It’s unclear how many Jan. 6 defendants are being represented by a public defender. In February 2021, when prosecutors had arrested and charged just over 200 people, an analysis by Washington CBS affiliate WUSA determined that more than 60 defendants had court-appointed attorneys.

As of November, when the number of Jan. 6 defendants hovered around 650, New York Times reporter Alan Feuer said that the D.C. Federal Defenders’ office was representing around 110 Jan. 6 defendants, but that number didn’t include CJA attorneys.

The Federal Public Defender for the District of Columbia did not immediately return Law&Crime’s request for information.

'Dune' and 'The Matrix Resurrections' Thriving on VOD; Clean all'

Johana Suarez Ran Over and her murdered boyfriend: Deputies