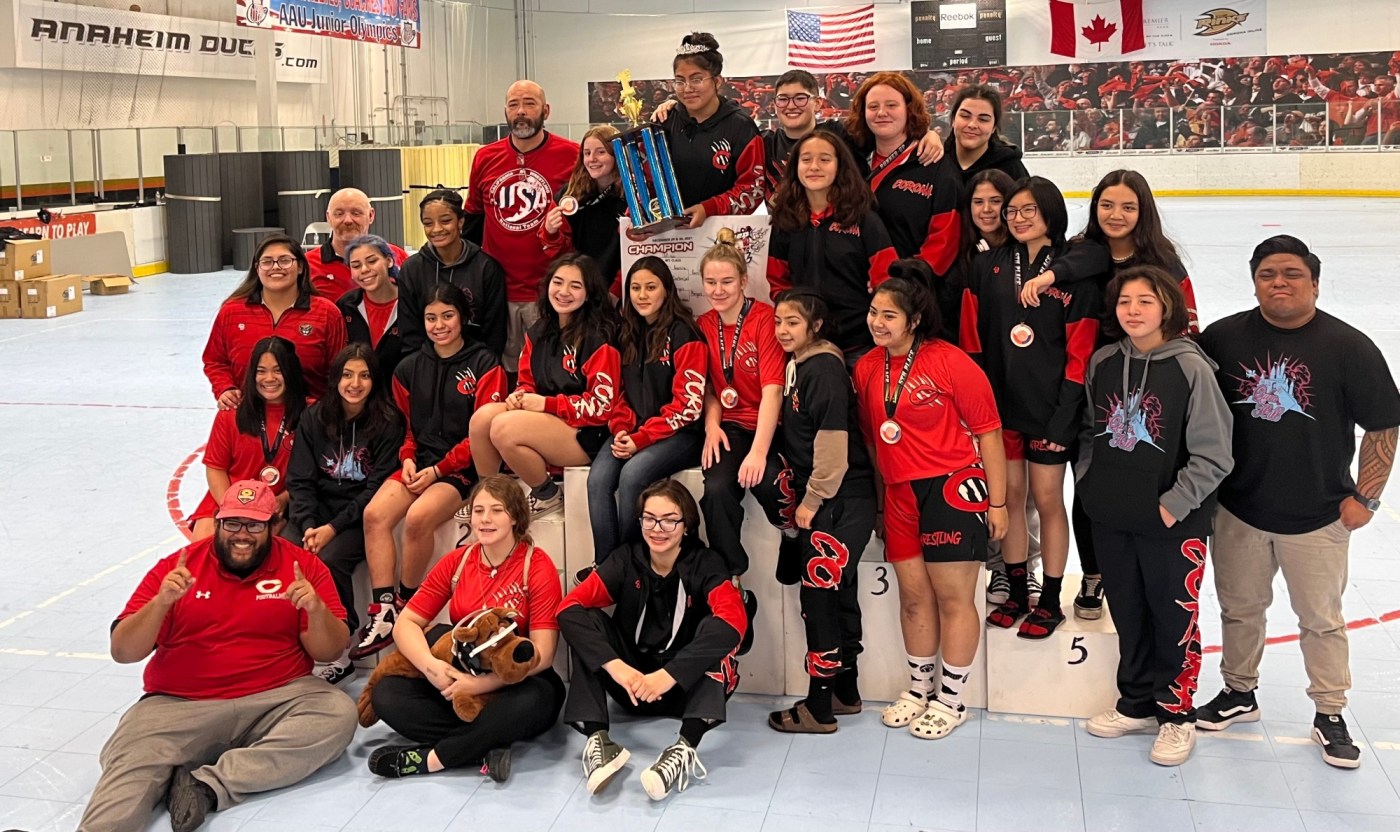 CORONA – For nearly a decade, the Queen’s Tournament of the Hill has been one of the premier women’s wrestling events, bringing together many of the West Coast’s best wrestlers every year.

The coronavirus pandemic wiped out the majority of girls during last year’s wrestling season, including the Queens Tournament on the Hill. Corona coach Jim Bowers was determined to bring his piece to life to showcase one of the nation’s fastest-growing sports.

“These girls missed out on a lot last year,” Bowers said. “We want to do everything we can to support them and our sport by hosting the best event possible.”

About 60 schools and 420 wrestlers competed in the two-day tournament held at the Rinks Inline Center. These numbers are down about 30% from previous seasons, as several teams withdrew from the league because of COVID-related protocols.

“It wasn’t easy and there were some moments of anxiety,” Bowers said. “I am praying and praying for the best for the teams that didn’t make it through. But for those who did, it was fun to see the excitement on so many faces. We have to do everything we can to save and develop the sport.”

Corona brought the home team the championship for the fifth time after eight attempts. The Panthers finished with 184 points to beat Marina (164). Hillcrest is 4th with 131 points.

“It’s a young team, so it’s great to see so many girls rising up this week,” Bowers said.

Three domestic wrestlers claimed a spot at the top of the podium on Thursday afternoon.

Rim of the World’s Hailey Chapman took home the £131 championship with a second round win over Paramount’s Magaly Madrid. Chapman was also voted Champion of the Tournament by the coaches.

“There are so many talented girls here, so it’s a real honor,” Chapman said. “Thanks to the coaches who voted for me.”

Chapman comes from a family of wrestlers. Her uncle Scott is a three-time state champion and national champion, and her father, Curt, also wrestled at the Rim of the World.

“My family means a lot to me,” Hailey said. “I love being Chapman, and I love wrestling. Having them is something that I take very seriously.”

Vista Murrieta’s Mariyah Casados ​​clinched the £170 title with a 3-0 win over Ridgeview’s Maliya Castillo. The game was goalless in the third half, but Casados ​​took the lead with a drop and added a last-minute equalizer.

The Queen of the Hill champion gets a variety of things when she wins, including the tournament’s signature crown.

“My sophomore year, I was fourth, and I told myself I would win the crown one day,” said Casados. “That’s what really motivates me today.”

Corona’s Alexandra Mogollan took the 160-pound championship with a 6-2 win over Sultana’s Mia Garcia. Mogollan led 2-0 in the second half after a penalty and a drop, and she extended that record with knockdowns in the second and third innings.

Mogollan lost to Garcia in a doubles meeting a few weeks ago.

“This is my first major tournament win, so it’s very exciting,” Mogollan said. “I’m just trying my best not to get stressed out.”

Four other domestic wrestlers advanced to the championship round and finished as runners-up in their respective categories.

Buccaneers vs. Falcons Line Moves to Tampa Bay: How Should You Bet?