Former world champion and Mexican heavyweight superstar, Gilberto “Zurdo” Ramirez (42-0, 28 KOs) of Mazatlán, Mexico, and his opponent, Yunieski “The Monster” Gonzalez of Cuba (March 21, 17 KOs) held their official bout equalizing ahead of their 12th round clash on Saturday, December 18th live on DAZN. The fighters are scheduled to fight for the WBA light heavyweight title at the AT&T Center in San Antonio, TX. (photo by Stacey Snyder) 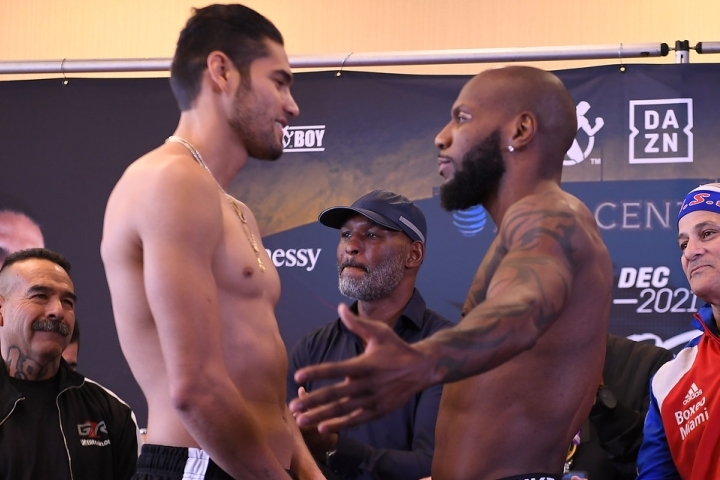 Claudia Gadelha has announced her retirement from MMA

Milwaukee will blow Orleans at home