Peter Robbins, a former child actor best known for playing the original voice of Charlie Brown in the 1960s animated special “Peanuts,” passed away last week, his family announced. He is 65 years old.

His family told Fox 5 in San Diego that he died by suicide.

Robbins also appeared in various live-action television shows of the era, including the episodes “The Munsters,” “F-Troop,” and “FBI.” He also appeared in a number of feature films, including 1966’s “Moment to Moment”, from which the above photo is taken.

His last role came when he was 16 years old, in the 1972 episode “My Three Sons”. He retired from acting and eventually pursued a career in real estate and radio. 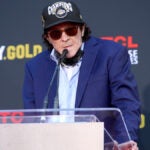 Robbins also struggled with mental health, swearing he suffered from bipolar disorder and schizophrenia. He has also battled addiction and legal issues throughout his life. He was sentenced to a year in prison in 2013 for making threats and stalking, while in an addiction treatment center. In 2015, he was sentenced to four years and eight months in prison for sending threatening letters. He was pardoned in 2019.

After being released from prison, he told Fox 5 in San Diego, “I advise anyone with bipolar disorder to take it seriously because your life can turn around in about a month, like I did. do. I got out of prison and I’m a better person for that. I am much more humbled and grateful and grateful that I lived through the experience.

According to Fox 5 San Diego, a memorial service for Robbins will be announced at a later date.

The National Suicide Prevention Lifeline 1-800-273-TALK (8255) is a free 24/7 confidential service that can be provided to people who are experiencing a suicide crisis or experiencing emotional distress or people around them support, information and local resources.

Navalny Review: A Thrilling Documentary Like One About Putin's Efforts to Destroy Rivals