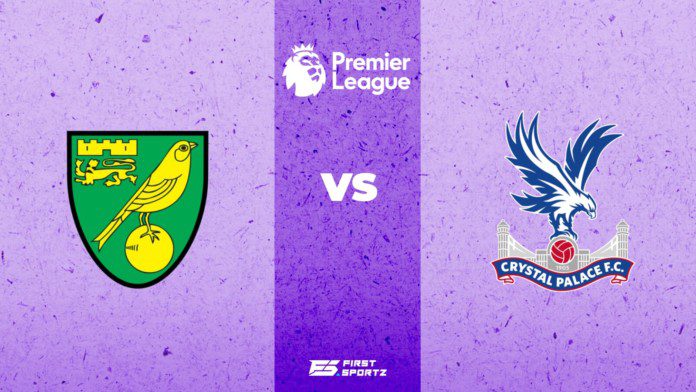 Norwich took the lead when Teemu Pukki scored to make it 1st The goal in the second minute was the result of a brilliant run by Milot Rashica on the left flank. The first half was full of competition, but Palace could not find a way through the Norwich defence.

The second half saw Crystal Palace put in all its strength and find the equalizer thanks to Wilfried Zaha. The visitors were awarded a penalty in the second minute after equalizing, but Zaha slipped and missed the penalty. Norwich heroically defended in the final minutes and won a draw.

Let’s have a look at the players rating for the Norwich City vs Crystal Palace clash:-

Angus Gunn (7.4/10): Gunn made several saves, including a save from Jeffrey Schlupp’s volley. The goalkeeper took the initiative to ice out and out to break the ball.

Max Aarons (7.8 / 10): Aarons’ excellent defense and tackles in the penalty area made it difficult for Palace’s strikers. But the right-back was again awarded a penalty, which thankfully for Aarons, Zaha missed.

Grant Hanley (6.3/10): The Norwich captain had a great combination at the back and limited Palace to a goal.

Brandon Williams (7.5/10): The left-back played impressively in his position and made the most successful tackles of the match.

Przemyslaw Placheta (6/10): Placheta did not show any presence in the match and was replaced by Gilmour.

Pierre Lees-Melou (6.3 / 10): The midfielder had a mediocre game and played ineffectively for most of the game.

Kenny McLean (6.7/10): McLean had a good midfield game looking for passes and regaining control in the middle.

Milot Rashica (7.2 / 10): Rashica made a special run in the first minute of the game, which resulted in a Norwich to enter. His play on the wing caused Palace right-back, Joel Ward, a lot of problems.

Teemu Pukki (7.2/10): Finn opened the scoring with a shot to the bottom right corner of the goal but averaged for the rest of the game.

Billy Gilmour (October 6): Gilmour replaced Placheta but could not impose the game.

Mathias Normann (6.1/10): Normann doesn’t have much time to show his presence in the game and doesn’t pose any threat to the opposition.

Vicente Guaita (5.6/10): Guaita had a mediocre game when he unleashed a dangerous shot into the bottom corner of the goal.

Joachim Andersen (6.9 / 10): Andersen recovered well and had a good game at the back.

Marc Guehi (7.4/10): Guehi intercepted many balls inside the box and distributed the ball long to the flanks from the back line.

Tyrick Mitchell (8.2/10): Mitchell is Palace Best player of the night. The left-back’s superb defense and last-minute saves kept the score under control.

Conor Gallagher (7.2 / 10): Gallagher tried to find Palace a goal late in the second half but couldn’t find a puzzling goal.

Will Hughes (6.8/10): Hughes won many duels in the midfield, holding the ball and distributing it well.

Jeffrey Schlupp (6.5/10): In addition to a dangerous volley into the bottom corner that was saved by the keeper, Schlupp also had an average game.

Michael Olise (October 8): Olise was efficient from the right, making dribbles and making crosses into the box. He created the most chances of the game, including an assist for Zaha to score.

Jean-Philippe Mateta (6.1/10): Mateta had only one shot on target all game, which showed his lack of threat in the final third.

Wilfried Zaha (7.5/10): Zaha scored a goal from outside the box, equalizing for Palace. He missed a penalty that should have given Palace the lead in the game.

ALSO READ: Premier League: Manchester City vs Brentford player ratings as Man City take it easy 2-0 to maintain their lead at the top of the league