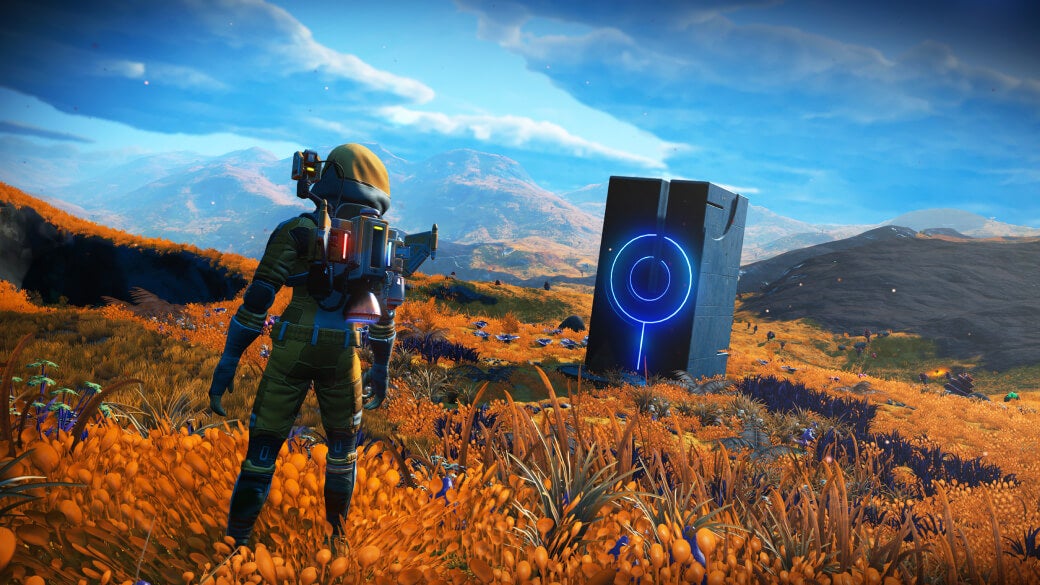 No Man’s Sky’s big new 4.0 update – now officially called Waypoint – is finally out in the wild. But while developer Hello Games broke with tradition for these latest releases and revealed some of its additions ahead of launch, the studio has now shared some extremely lengthy patch notes that discuss the content in much more detail.

The top level stuff we already knew about; As Hello Games boss Sean Murray told Eurogamer earlier this week, Waypoint – coming alongside a new Switch port for No Man’s Sky – is less about big new additions and more about major quality of life improvements.

To that end, Hello Games had previously teased a series of rejiggings and streamlining intended to transform the last six years of No Man’s Sky updates “into a more cohesive whole,” as well as a new, less mind-bending Relaxed mode, an overhaul of the Survival Mode. plus extensive custom game options.

However, the newly released No Man’s Sky patch notes break down these new core features significantly further. Inventories, for example, have now ditched the somewhat redundant general storage tab and kept inventories specifically for equipped tech upgrades and cargo. Both have been significantly enhanced and now have extremely useful filters that make finding content easier.

It’s worth noting that the number of tech upgrades of a single type that inventory supports has been capped, but excess tech can now be bundled and transferred for use in your other ships, weapons, etc.

In fact, nearly all menu items have been reshuffled and redesigned to make information easier to find, with reorganized areas for milestone progression, the item catalog and guide, and helpful new features like a crafting tree visualizer and refinery/cooking recipes once through Experimentation discovered to be saved. It’s now even possible to view all previously unlocked lore related to the various No Man’s Sky story arcs, in case you get lost after several hundred hours of gameplay.

Elsewhere, the game now has a proper auto-save system that constantly tracks progress throughout the game (manual saves are still available in case you want to rewind for whatever reason), and an extensive range of difficulty options allows players the Tweaking parameters of each session independently on the fly – maybe disabling enemy encounters or increasing resource payouts to reduce the grind.

In addition, Waypoint brings with it a plethora of visual upgrades affecting ancient alien structures, beacons, holograms, teleporters, the space anomaly, and even Atlas encounters. There are also rare asteroids to discover, new personal trade rockets that allow players to launch unwanted goods into space to sell them without having to be near a Galactic Trade Network point, AMD FidelityFX Super Resolution 2 support on the PC and much more. Full (and even longer) patch notes can be found on the Hello Games website.

As for Switch, players on Nintendo’s platform can claim a selection of nifty exclusive rewards from the Space Anomaly – namely two ships adorned in the console’s iconic blue and red color combination – by logging into the servers before November 7th, 2022 connect from No Man’s Sky.

https://www.eurogamer.net/no-mans-skys-big-40-update-is-out-now-with-some-very-lengthy-patch-notes No Man’s Sky 4.0 major update is out now with some very lengthy patch notes

Steam’s latest hit is a wrestling game that already has nearly 2,000 custom characters

The Skywalker saga is coming to Xbox Game Pass

How to beat Rockwell Prime in Ark: Survival Evolved