A drama centering on the collapse of Barings Bank and the man at the center of the scandal, trader Nick Leeson, is in the works at Story Films, which is supported by All3Media.

The four-part drama The Man Who Broke The Bank (working title) for an as-yet-unnamed major British broadcaster chronicles the meteoric rise and fall of the Watford plasterer’s son, who secretly amassed losses of more than £800m (US$1.4bn at the time). dollars) in Singapore in the early to mid-1990s, leading to the collapse of one of the UK’s oldest commercial banks.

It is based on research from multiple books and archives and archival and first-person narratives, including a recent dialogue with Leeson himself, BAFTA winner Tony Marchant (“The Mark of Cain,” “Holding On”).

Recent real-life dramas from Story Films include the recently acclaimed series ‘The Thief, His Wife and the Canoe’ for ITV, which dramatized the story of notorious con artist John Darwin, and ‘Deceit’ for Channel 4, which aired on the Case of murder based on Rahel Nickell.

Dave Nath, co-founder of Story Films, said: “Tony Marchant’s screenplays tell a gripping tale of ’90s hubris, wasted talent, fear, betrayal and shame. We could not have asked for a more talented writer to tell this incredible story in such a dramatic and nuanced way.”

All3Media International will distribute the series.

Louise Pedersen, CEO of All3Media International, said: “There is a great appetite in the global marketplace for true crime dramas, particularly those that offer a new take on true crime. We last saw this on Story Films’ acclaimed series The Thief, His Wife and The Canoe, so we’re thrilled to have Story Films once again at the forefront of this incredibly compelling, one-of-a-kind true crime story, which we will certainly find ours appeal to international customers and their audience.”

In 1996, Leeson wrote an autobiography, Rogue Trader, which was made into a 1999 film of the same name, starring Ewan McGregor and Anna Friel. The collapse of Leeson and the Barings was also the subject of the 1996 television documentary Inside Story Special: £830,000,000 – Nick Leeson and the Fall of the House of Barings.

In 2005, Leeson released Back from the Brink: Coping with Stress, which continues his story from Rogue Trader.

France battles spreading wildfires as heatwave eats away at Europe 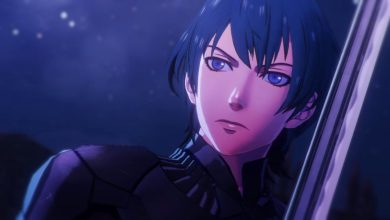 Are there romance options in Fire Emblem Warriors: Three Hopes?

Genshin Impact: Should You Draw for Raiden Shogun or Sangonomiya Kokomi?

What does he say about the new MLB CBA

How to reach Miquellas Haligtree in the Elden Ring