The New York Giants fell to the Tampa Bay Buccaneers on Monday night and unlike some of their other losses this season, no moral victory has been found.

Moral victories are not victories anyway, but at least they don’t leave a taste of total disgust in the mouth. The same cannot be said in Week 11. It’s vile.

Even to the naked eye and the most casual of fans, the Giants’ offense has hit new lows. They scored just 10 points against a struggling defence, and seven of those came after one of their interceptions at the 5m line. Even the first three seasons come only after a series of scripted openings.

The numbers are horrifying – from the third-to-bottom conversion to produce the gauge all the way up to the gauge per play. Whatever metric you choose to use, it’s a shame for these Giants.

The movie review will and has reflected that. Just ask retired offensive manager and current NFL analyst, Brian Baldinger.

.@Giants on February 3. You add your own comments. It’s just an operation that looks bad in the first place #BaldysBreakdowns pic.twitter.com/MCldwEj4mW

What can even be said about the above play? The giant is defeated with three dashes, their three receivers converging on the same spot (even knocking each other out of their tracks – some of which must be incorrect), and the the store is simply not there.

It was a failure so deep that it was hard to understand.

Even regrets are not really happy things. Let’s take Saquon Barkley as an example. The offensive captain returned for the first time in over a month and the results were less than stellar. Some good, but mostly bad.

.@Giants @saquon had a total of 6 runs last night; all runs down first. 2 good runs and 4 crap runs. Here there is the good, the bad and the ugly. #BaldysBreakdowns pic.twitter.com/ksXUcuSkVi

There was a single positivity in the night. That came thanks to the return of Andrew Thomas. Enjoy it.

.@Giants @ allforgod_55 with this TD; Play a well designed trick. I was hoping this wasn’t the only hit point on #MNF. Like a good CV; Thomas left the ball to celebrate with the boys #BaldysBreakdowns pic.twitter.com/o8bxmU8XlS

There are still eight weeks to go.

Giants vs. Buccaneers: The best photos from Week 11 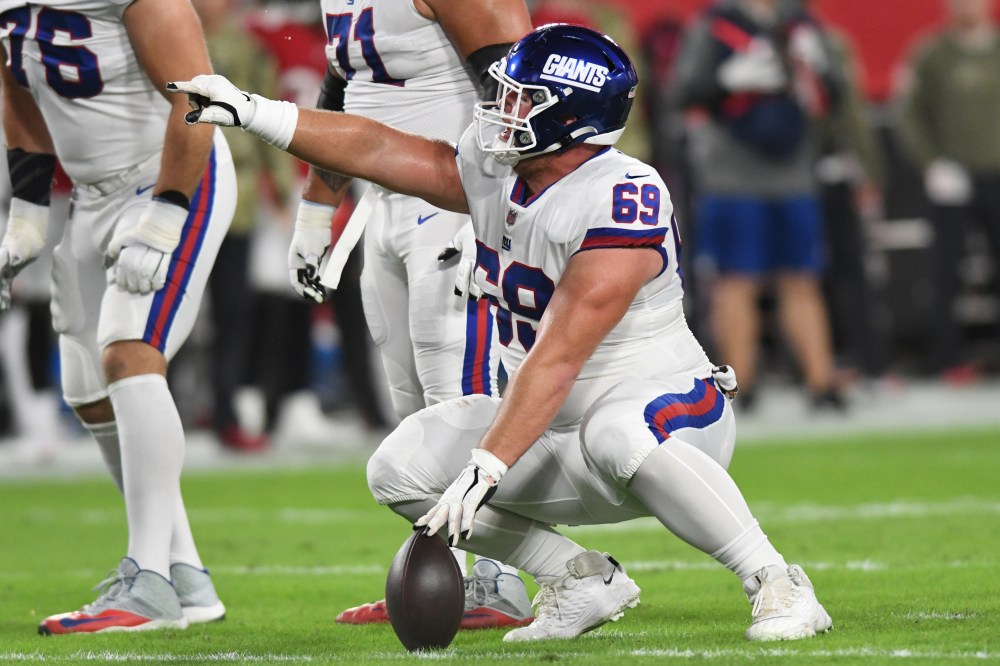 Xavi insists he's 'not angry' about Barcelona's draw with Benfica

Huge leak claims to be 2001 version of Duke Nukem Forever

Who is Darcy Kuemper’s wife? All about Sidney Kuemper » FirstSportz

Edson Barboza vs. Bryce Mitchell in action for the UFC event on March 5