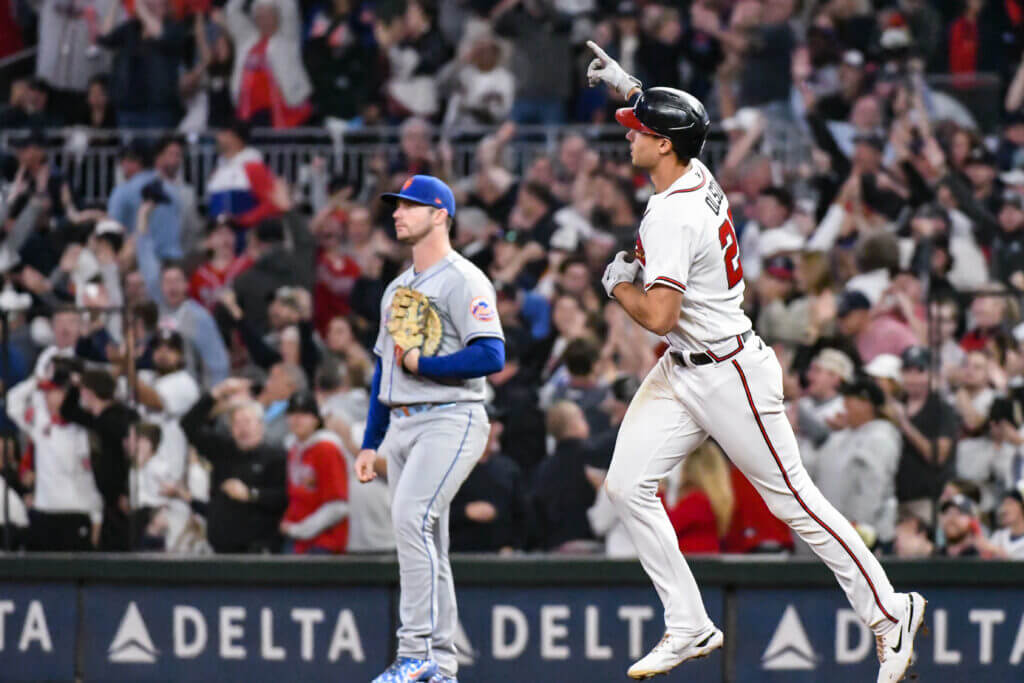 ATLANTA — Nobody on the infield moved at the booming noise of Matt Olson launching another ball. By this time they had seen it before. Another Braves home run, only this time it was the dagger in a series for New York marked by decay and demoralization.

The Mets lost 5-3 to the Braves on Sunday, with Olson’s solo home run in the sixth inning providing the final lead in a game that decided a division that belonged to New York until Atlanta snapped it away.

As Braves closed in, Kenley Jansen delivered the first bat of the ninth inning and the fans in Truist Park began chanting, “Sweep! Sweep! It was the only result New York desperately needed to avoid. With three games remaining, the Braves have a two-game lead and own the season series tiebreaker. The Mets won the NL East only if they win the Nationals this week and the Braves are losing all three of their games against the Marlins, and you don’t need website projections to tell you how slim the odds are.

Perhaps manager Buck Showalter is right when he said, “If I know these guys, they will recover and make someone feel their pain.” After all, the month of October has only just begun, but it hasn’t felt like since the playoffs don’t start until Friday. And the Mets were able to take the Wild Card Series weekend off with Atlanta up until that series.

Where to Find Tuna in Disney Dreamlight Valley

Formula 1 switches in the Asia-Pacific region

No Griddi! No big hats! | Andy reacts to Jaire Alexander

“Nothing brave about it,” blamed George Russell for missing the podium in Montreal » FirstSportz