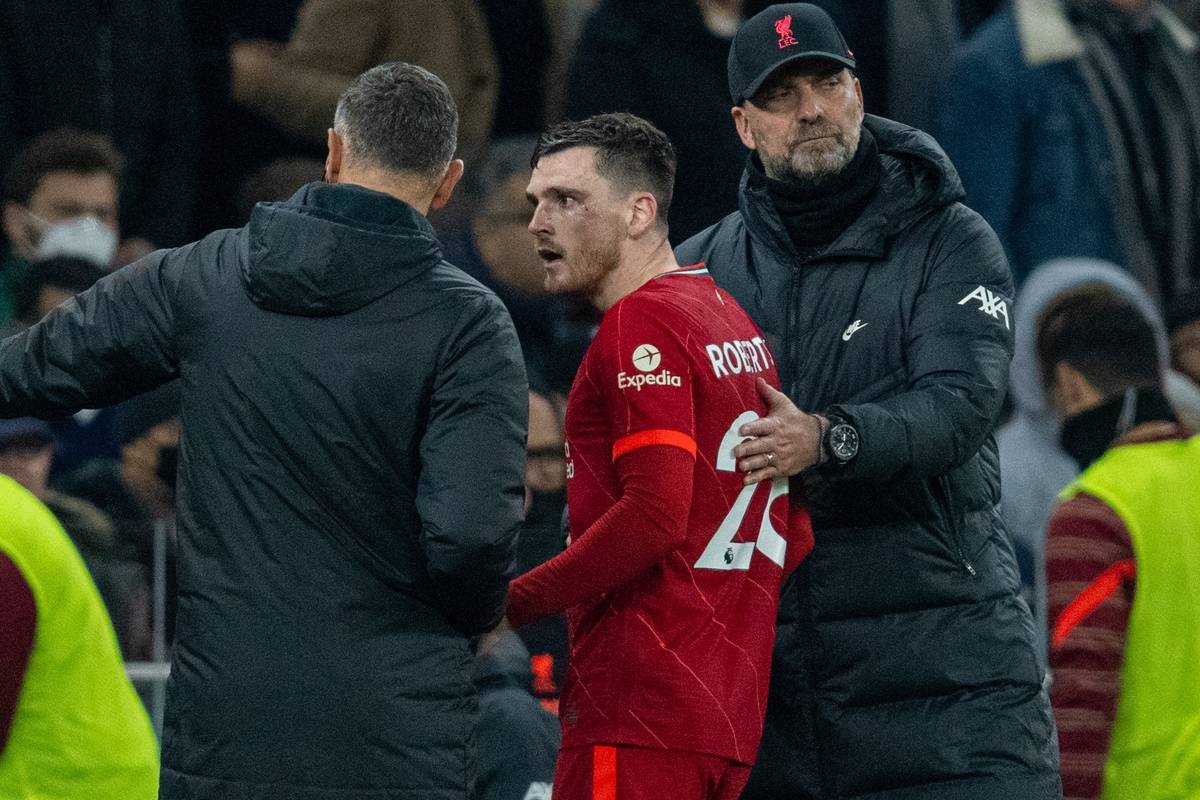 Ten Liverpool players drew 2-2 away Tottenham on Sunday night, with a poor performance by referee Paul Tierney who was unlucky to dominate the game.

Jurgen KloppTheir team made the trip south in search of another win, although Covid minded a much altered starting lineup, with Virgil van Dijk, Fabinho and Thiago of those who missed out.

Harry Kane shot down Spurs first after a frantic opening to the proceedings, as the hosts left Liverpool with a nightmare on the counter-attack.

Red Devils equalize Diogo Jotathe exact title of, however, before Andy Robertson lead them in the second half.

The game returned again as Son Heung-min made it 2-2 and Robertson was sent off, but Klopp’s men held on to what could have been a good point in May.

A breath-taking encounter with a rave reviews…

That game is absolutely insane. When you consider things that are out of our control like in an ongoing game, a player miss due to a rough and bad referee, that’s not a bad point.

I know it’s difficult for City to keep winning every week, but you lose a point in this game, especially against Conte.

Weird match and with Virgil, Fabinho and Thiago we won but it’s a weird moment we live in.

Everything was considered a good point, but feeling the officials ruined the game there, we gave away a lot of chances but still imagine us with the number 11 on the pitch.

“Not the best performance, but take the points. There should have been a red card on Kanes’ stone wall and a decent pen.”

All things considered, that’s a good result. It could have been easy to lose with the chances we gave up, so it made the umpire absolutely awful. There couldn’t be a worse preparation, so you’ll have a draw against a team that completes the top half with a top coach

Missing the first 5 CMs, the main CB was disqualified, missed a blatant red card in the first half and a penalty was not given. Balance, I’ll draw.

What a great effort by the Red Devils. Played Thursday night and got sick in camp. Gave it everything. Love you.

All things considered a good point for #LFC. Tough game at any time but with Spurs halftime (looking much fresher), Covid hitting 2/3 of our best players, and a shocking referee, we’re still a long way off. City 3 points.

Others are on fire at Robertson’s red card…

One is a red one. One is a yellow one.

It’s ridiculous that he went straight to VAR when it was Robertson, but completely ignored it for Kane. Absolute joke. The best league in the world and the officials are of a terrible standard.

“If Robertson’s decision is cLeAR aNd oBviOuS eRrOr and VAR overturns it, Kanes slides the ball straight into Robbos’ shin, then VAR is still a joke as usual.”

Has that match been fixed? No red for Kane, no penalty for Jota, red for Robertson. An unbelievable joke.

Such a joke, we were duped in that game Kane should have been sent off, we should have had a penalty and Robertson was straight red for a tackle that wasn’t even dangerous with the pair of two. Kane

Alisson is special for Liverpool, despite an error in Son’s goal…

Alisson is the best goalkeeper itw and journalists voted Balon d’Or without him in the top 10. There is certainly no Premier League goalkeeper at his level.

Nothing speaks to the madness of that game quite like Alisson and Robertson. Both were incredible at times, both with a strong case for the man of the match, but one was sent off and the other brought the equalizer. Crazy game.

Alisson is world class but I bet he was never a MoM, was he? We were so good that he never needed to be.

Can get it today.

Even though he made a mistake for the second goal, Alisson was unbelievable today. We lose 5-2 if another goalkeeper is in the goal

Alisson is just an illusion

The referee’s all-round performance was slaughtered…

A very hairy performance by Paul Tierney. Completely out of his depth.

Always playing tough with 12 men and only 10 of us in the last 30 games. Memorably City lost to Spurs, if I try to look at the bright side.

Two points were dropped for Liverpool but almost the same as one was won against 12 men. Sky can say all they want about this being a great game but the real story of the day is how pitiful the refereeing is in this country

“We look back on that and honestly a draw is a fair outcome. It’s a shame that the referee was hopeless.”

Look, one point is more than we deserve but oh my god this shit is getting a bit tiring at this point, isn’t it?

I hope Paul Tierney has the best Christmas ever.

We need to have a discussion about how the supposedly fastest league in the world is introduced by middle-aged blobbers.

Statement from Tay Conti's manager about her absence from social media

The lions really won a game! Plus, why are SEC teams so favored in the College Football Round