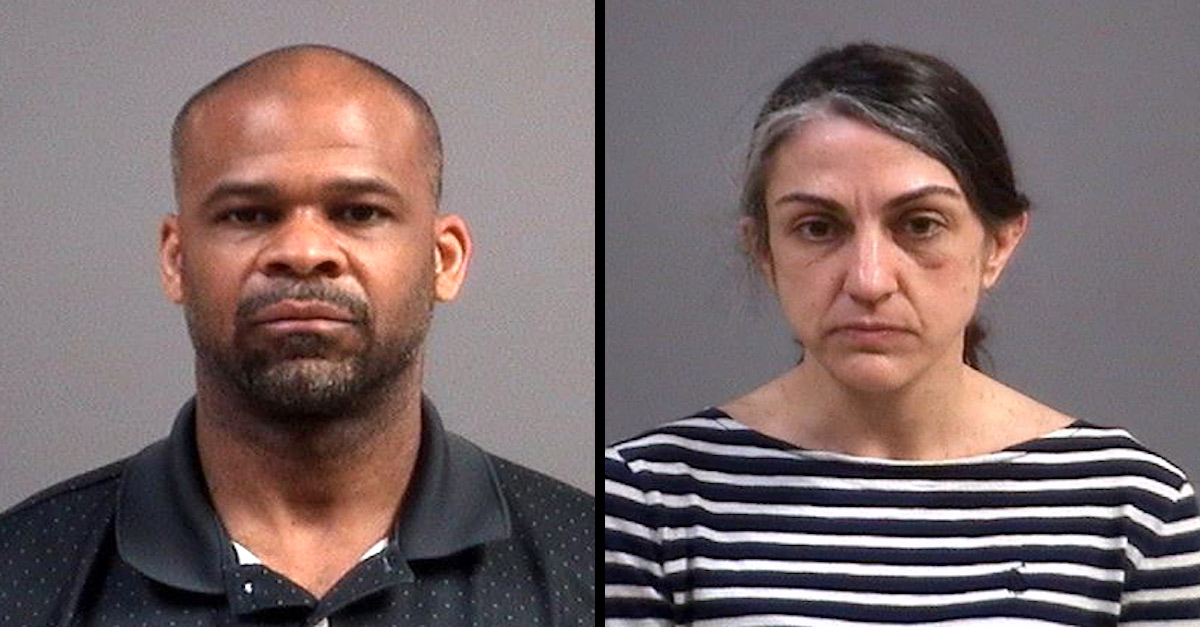 A Virginia man accused of killing his 5-year-old son and then burying his body in a freezer is tied up and fighting for custody of his surviving son.

Kassceen WeaverThe 49-year-old is set to leave Riverside Regional Jail on a $50,000 bond after his Midlothian residence has been fitted with the necessary GPS devices. A judge delivered the ruling during a 30-minute hearing Wednesday morning at Chesterfield Circuit Court, adding that Kassceen could not have had any contact with his estranged wife. Dina or the couple’s surviving son.

Richmond Branch CBS WTVR reported that the attorney representing Kassceen, Doug Ramseur, argued in court that his client should be allowed to be detained at home because he had previously complied with the conditions of his release when he was first released from prison between May and October. However, the judge revoked that tie after a grand jury indicted Kassceen with murder and child neglect in October.

Ramseur also told the judge that his client had been struggling to “maintain his rental property” and was “participating in a civil case over his custody [surviving] son “out of prison. Prosecutors with Law Offices of the Commonwealth of Chesterfield Pushed back on the request by sharing photos of the victim’s body, as well as images depicting Dina’s bruises and burns as a result of her husband’s alleged abuse. The judge noted that while the photos were gruesome, the court held that Kassceen remained innocent at this point in the case, and that he did not believe he was a person at risk of flight, clearing the way for release. do for him.

Police arrested Kassceen and Dina after discovering their son’s body, Eliel Adon. According to the criminal complaint, Dina’s brother informed law enforcement of the boy’s death after speaking with his sister, who told him Adon had died two years ago. She went on to say that Kascceen did not call the police and instead buried the body in their garage freezer “due to bruising on [the boy’s] human body.”

A judge signed a warrant to search Weaver’s property based on information provided to him by Dina’s brother Chesterfield Police Department, where detectives discovered the boy’s body in a garage freezer. Authorities have been awaiting an autopsy to bring up any charges related to the boy’s death. However, they arrested Kassceen and Dina at the scene on charges of concealing the body and failing to provide medical attention to an injured child. The state placed the couple’s 10-year-old son in a caretaker at the time, where he remains to this day.

The complaint also notes that police noticed bruises on her face while taking DNA for Dina. When asked what happened, she said that she and her husband, a former basketball star at the University of Richmond, “had an altercation”. The complaint goes on to state:

[Redacted] and I did not observe Kassceen injured nor any complaints. It should also be noted that Kassceen is 6’3″ and 200lbs while Dina is 5’2″ 120lbs. Based on injuries and statements from [redacted] and Dina, I request a subpoena for Kassceen Weaver because [domestic assault].

That order did not prevent Kassceen from allegedly attempting to contact his wife when the two were no longer bound, according to Dina’s complaint filed May 10, which states:

Have a history of physical and mental abuse (no identification). I fear for the safety of myself and my brother, like [Kassceen and I] are believed to be unrelated. He contacted my brother and asked to speak to me, but he wouldn’t allow that.

Since she filed that complaint, there have not been any documented problems between Kassceen and his estranged wife. There was also no chance for the two to have contact after Kassceen was released because he would be in home custody, and Dina was not allowed to live in Virginia as a condition of his pre-trial release.

Kassceen returned to prison in October after a grand jury voted to indict him on felony murder charges. Prosecutors presented that case after an autopsy revealed Adon had died of blunt force trauma.

Weaver’s attorney did not immediately respond to Law & Crime’s request for comment.

Court records suggest Kassceen will return to court next week while Dina has her trial on May 24.

https://lawandcrime.com/crime/kassceen-weaver-murder-son-body-freezer/ Kass Weaver Out on Bond After Son’s Body Was Found In The Freezer

Not getting enough sleep? It might make you more selfish