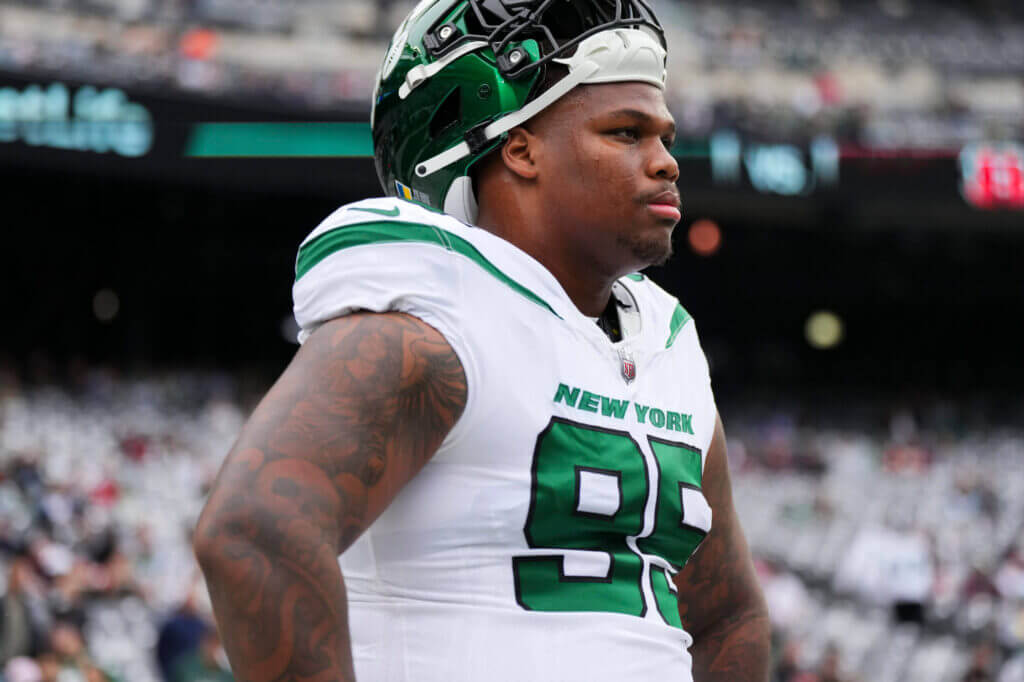 FLORHAM PARK, NJ — Hope feels fleeting in the NFL. At least for the jets. In a week, Joe Flacco leads your team to a miraculous 13-point comeback in less than two minutes to win away. The next week he is booed off the field at the end of another disappointing loss.

Such is life in Jets Land, but at least for a few days there is hope again. That’s what Zach Wilson stands for – and he’s finally back, making his debut against the Steelers. And the Jets need a win: 2-2 looks a lot better than 1-3.

Here are eight thoughts on the Jets-Steelers ahead of Sunday’s game in Pittsburgh:

1. This was defensive coordinator Jeff Ulbrich’s full response to a question Thursday about the Jets’ defensive line rotation and the idea that defensive tackle Quinnen Williams should play more, especially with his three-game dominance:

Playing more against Williams “is certainly the instinct,” said Ulbrich. “There are critical moments in the game and the question ‘Why isn’t Quinnen out there?’ and you look to the side and he’s gasping for air, so we just have to be sensible about it. We really need to use him as much as possible and at critical moments as much as possible, but I still think there has to be some degree of rotation.

https://theathletic.com/3644030/2022/10/01/jets-defense-quinnen-williams-steelers/?source=rss Jets-Steelers preview: Quinnen Williams is fine but the defense needs to wake up

The Royal Family and the Death of Queen Elizabeth: This Week's Biggest Stories

Racing: Jockey Christophe Soumillon apologizes for scary moment he pushed Rossa Ryan out of the saddle

What fans think of the new USMNT World Cup jersey