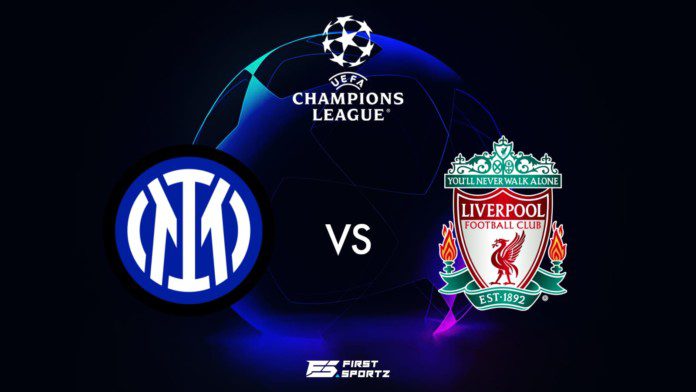 Liverpool looked more threatening in the first half but Inter’s three defenders excelled in defense and denied any shots on target. Inter’s full-backs looked very strong when they made good coordination, but the score was still 0-0 at half-time.

Inter were the better team for most of the second half, pushing forward and creating many chances. But it was Liverpool who broke the deadlock thanks to a header from Firmino’s corner. The game was closed when Salah scored a deflected goal in the 83rd minuterd minute.

Let’s have a look at the player rating of Inter vs Liverpool match:-

Samir Handanovic (5/10): Handanovic didn’t have much to do for most of the game but couldn’t save two shots on target either.

Milan Skriniar (7.5 / 10): Skriniar played brilliantly in the back and made some important interceptions and saves at the last minute.

Stefan de Vrij (6.8/10): The midfielder made many saves in the penalty area. His weary feet couldn’t get the ball out of the box and netted Liverpool’s second goal.

Alessandro Bastoni (6.7/10): In addition to letting Firmino hang the ball from the corner, Bastoni had a pretty good game in defense.

Denzel Dumfries (6.5/10): The right-back has performed very well in front of the attackers but has been weak in defence.

Arturo Vidal (7.2 / 10): The veteran midfielder slipped inside with tackles and looked a bit reckless at times. His distribution and presence in midfield is good.

Marcelo Brozovic (6.5/10): Defensive midfielders do not impose themselves in the middle and pass a lot of the ball.

Hakan Calhanoglu (7.6 / 10): In the first half, Calhanoglu’s shot hit the crossbar. He did his job well defensively, including an important save in front of goal.

Ivan Perisic (7.8 / 10): Perisic overcame Alexander-Arnold too easily and was very creative on the left. He is said to be By Inter The best player of the day.

Edin Dzeko (5.8/10): Dzeko was slow on the ball and missed a few chances created.

Lautaro Martinez (5.5/10): Martinez only had a single shot to deliver and that was well off target. He was replaced by Sanchez in the second half.

Alisson Becker (7/10): Alisson didn’t make any saves but he was definitely in the box and taking the initiative.

Trent Alexander-Arnold (6.5/10): The right-back must be good at attack but it is a defensive task that forces Klopp to change radically.

Ibrahima Konate (8.1/10): Konate is special for Liverpool in the back with his saves and interceptions. The tall guy made good use of his strength to hold off the attackers.

Virgil van Dijk (7.8 / 10): The captain is a phenomenon in defence and has rescued his team many times. His 1v1 defense was brilliant.

Andy Robertson (8.2 / 10): Robertson is in his best form as usual, making crosses from the left and contributing to the defence. He also had an assist from a corner.

Harvey Elliott (5.8/10): The 18-year-old did not have a memorable Champions League debut. He cannot impose himself in the game.

Fabinho (6.4 / 10): The defensive midfielders had a pretty good game but were not at their best. He was replaced by Henderson in the second half.

Thiago (7.5 / 10): Thiago had a good game in the middle and made quite a few accurate passes. He also made an important interception in the Liverpool box.

Sadio Mane (5.9/10): Mane lost the most hand-to-hand combats of the match. Klopp replaces him with newly signed Diaz in 60order minute.

Diogo Jota (6/10): Jota was ineffective in the match and was suspended for the first half.

Mohamed Salah (7.3/10): Salah did not participate much in the game but made up for it by scoring a match-fixing goal.

Roberto Firmino (7.5 / 10): Firmino was a super-assistant who helped Liverpool open the scoring. He made a significant impact on the game.

Luis Diaz (6.9 / 10): Diaz proved to be very strong when he broke through on the right and caused many difficulties for the defenders.

Jordan Henderson (October 7): Henderson came on and stabilized the midfield. His passing and possession were crucial to Liverpool’s win.

Nabi Keita (6.5/10): Keita was brought in to strengthen the defense on the right and he did a great job.

https://firstsportz.com/inter-vs-liverpool-player-ratings/ Inter vs Liverpool player ratings as Liverpool won 2-0 away

A familiar but refreshing reboot