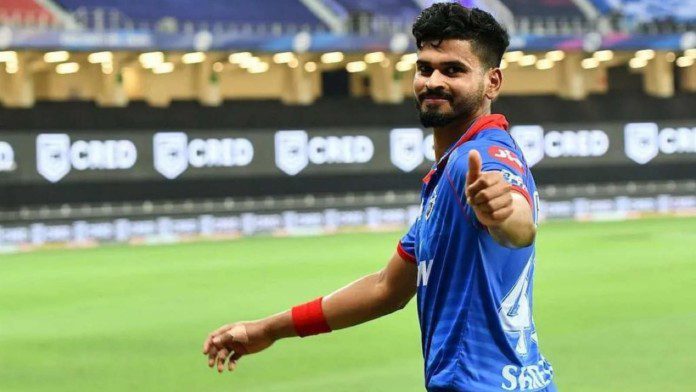 Kolkata Knight Riders selected Shreyas Iyer as their new captain on February 16. KKR released Eoin Morgan to buy Iyer for Rs 12.25 crore from the auction in Bengaluru ahead of the 2022 IPL season.

Brand KKR interviewed Iyer for the first time as captain. When asked about the auction, Iyer said his heart rate was pounding and he couldn’t control his emotions when he watched KKR auction for him in the first place. He said it was great after the Knight Riders signed him.

When asked about his expectations at KKR, Iyer said that he is the captain of a player and wants to create an atmosphere where all the players will think about winning.

“Coming to KKR now, obviously I will have a different mindset. I am more mature and experienced in decision making and captaincy skills. ” added Iyer.

Brendon McCullum is happy to have Shreyas Iyer at KKR

On behalf of Iyer, team coach Brendon McCullum said, “I am delighted to have one of India’s brightest future leaders in Shreyas Iyer, taking the helm at KKR. I have enjoyed Shreyas’ game and his captaincy skills from afar and will now look forward to working closely with him towards the success and style of play we want at KKR. ”

When asked about Brendon McCullum he said, “He’s a very aggressive guy and he’s the risk-taker type and I love that!”

Iyer’s message to KKR fans: “I’m really looking forward to playing, this time representing KKR because I’m always on the opposite side and I can feel the crowd cheering for my team. surname. So this time when I represent you, I hope that you are in the stadium and cheering for us. I’m really looking forward to that excitement and look forward to it at the end of the day we win the championship. Korbo Lorbo Jeetbo. ”

During his time as captain for Delhi Capitals, Iyer led the team to its first final in 2020. But injury forced him out of the early stages of IPL 2021, where Rishabh Pant led the club. based in Delhi. He was not retained by the Delhi Capitals prior to this year’s auction.

https://firstsportz.com/mature-experienced-decision-captaincy-shreyas-iyer/ “I’m more mature and experienced in my decision-making and captaincy skills,”

Where and how to start the Guild Wars 2: End of Dragons Guild quest

We tested the special Nintendo flavors of Cold Stone Creamery