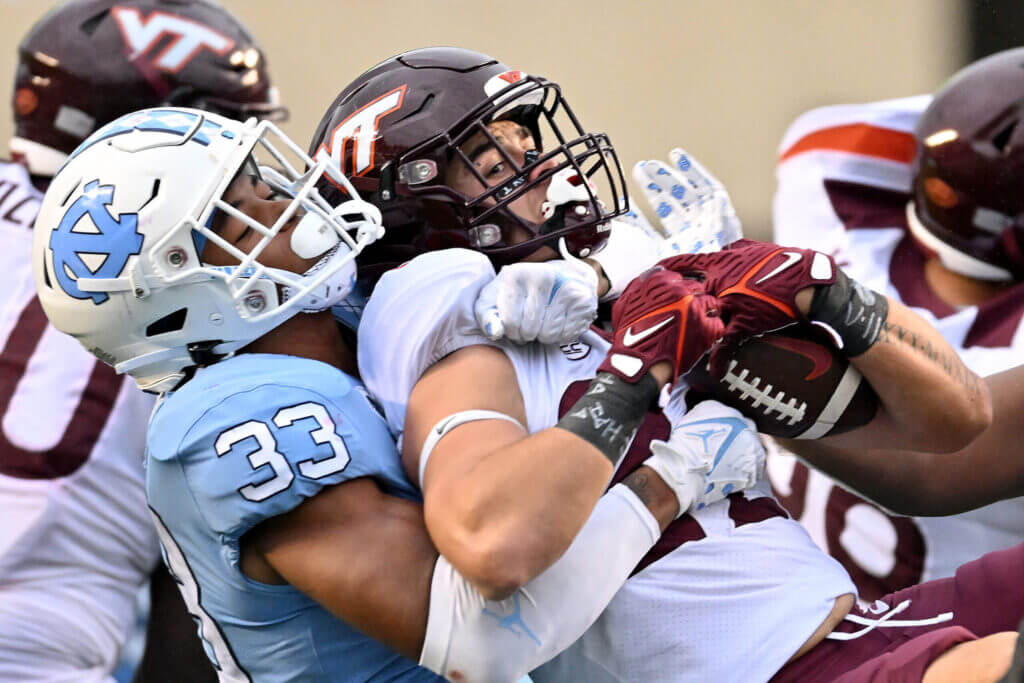 For all of the Hokies’ struggles, the season almost always ended in a bowl game, with Tech somehow fighting his way through to six wins and one postseason appearance in even the worst of circumstances, bar the pandemic year.

This season is starting to feel different. It’s only five games and it can be a risky proposition to jump to any firm conclusions after just over a month, but it seems like the hokies have hit a 30-year low for the program.

The latest humiliation came in a 41-10 win in North Carolina on Saturday, a game in which neither offense nor defense excelled in the Hokies’ second straight loss by at least three points against a rival.

There were definitely rough spots in the first season of Brent Pry. The team and program he inherited from Justin Fuente pales in comparison to what Fuente inherited from Frank Beamer, even if those pre-transition teams’ records were in the same ballpark.

But this isn’t a program or fanbase used to being so underperforming. And while there’s plenty of time to rewrite this season’s history, it’s becoming increasingly difficult to see how things can change drastically in a short space of time.

Here are five thoughts from the day after the Hokies lost in North Carolina:

1. Yes, patience is required, but so are some signs of progress.

It’s tough for new trainers, especially those who don’t fall into a pre-set situation.

https://theathletic.com/3649109/2022/10/02/virginia-tech-football-brent-pry-unc/?source=rss Has Virginia Tech Soccer Bottomed Out? 5 thoughts after the Hokies lost at UNC

Which channel is the Formula 1 channel today? TV schedule, start time for the Qatar Grand Prix 2021