Vikings interviewed Kwesi Adofo-Mensah for their general manager position, and fans took notice of something said to him as he left the interview.

Like some of the other teams out there, Minnesota Vikings spent the whole week trying to finalize the hiring of a new general manager.

On Tuesday, hints that they were gearing up to do just that resonated on social media.

It started with the Bears hiring Ryan Poles from the Chiefs. He’s one of Minnesota’s two top contenders for the job, according to Adam Schefter.

Another candidate, Kwesi Adofo-Mensah from the Browns, has been tapped by Ian Rapoport as the Vikings expected to hire.

The probability of that only increased when FOX 9 local reporter Dawn Mitchell posted a video of Adofo-Mensah leaving her interview at Minnesota facilities. On the way out the door, someone said something that the fans immediately caught.

“I will cancel your flight,” said a voice from within the building.

No one really knows what that statement might be about. It is possible that Vikings intends to continue interviewing Adofo-Mensah on Wednesday, thus needing him to stay in Minneapolis.

Or maybe the team has made a decision and intends to keep him around by completing the hire.

Whatever it is, it looks like things are moving fast for Minnesota.

Adofo-Mensah is a candidate for the GM opening after spending the last two years as the Browns’ executive vice president of football. He has also spent time organizing the 49ers.

Once the GM hire is complete, the Vikings can go on to identify their next head coach.

They parted ways with Rick Spielman, who has been general manager since 2012, and head coach Mike Zimmer after a disappointing 2021 season. 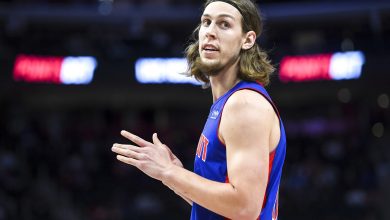 Inside the dysfunctional decade of New York Jets and Giants football