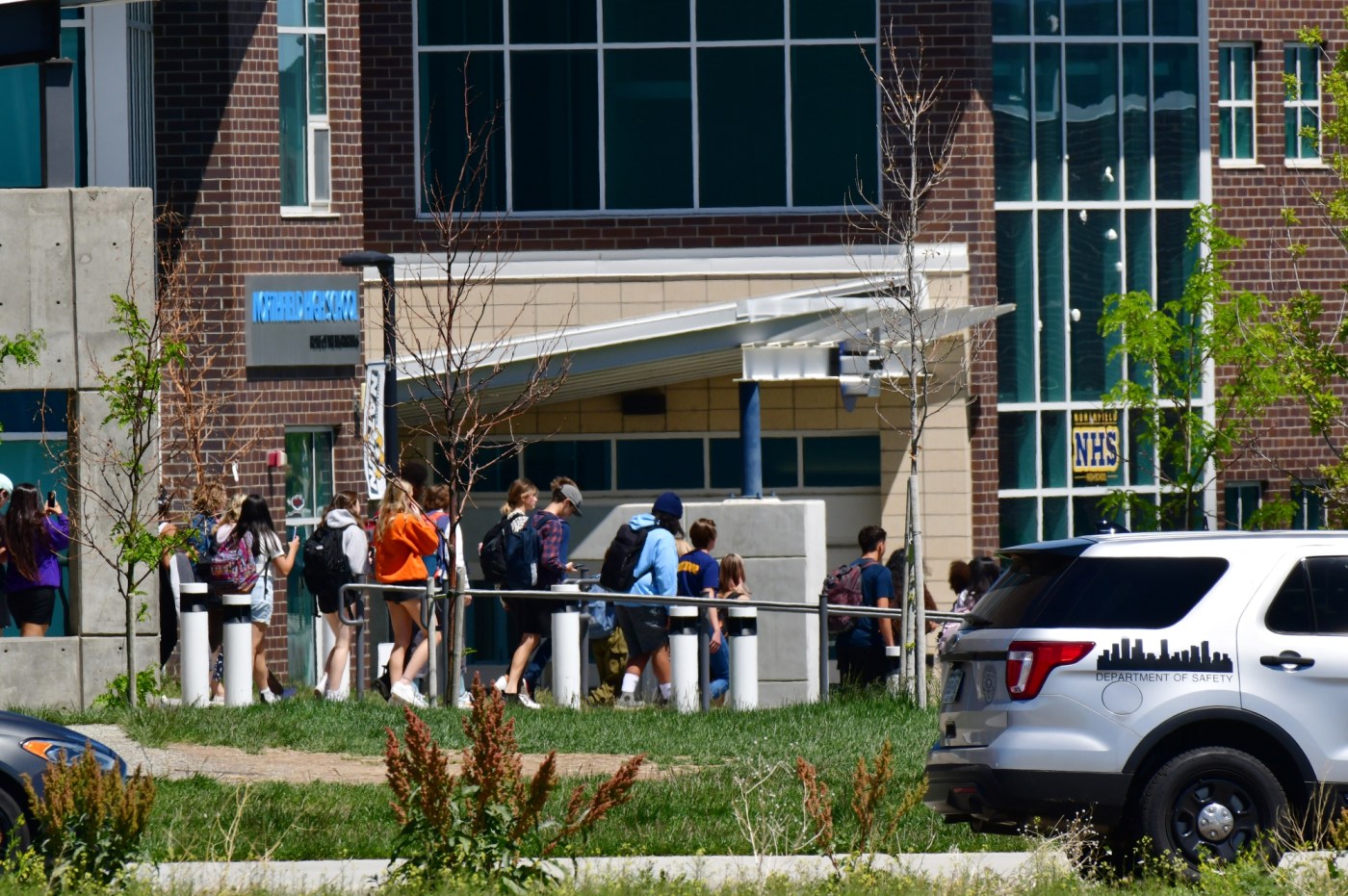 Four teenage boys were charged with disorderly conduct and conspiracy after one of them brought a “splatterball” gun to Northfield High School on May 26, leading to the school’s suspension.

Two of the teens are 15 and the other two are 16, according to Denver prosecutors. Since these are young people, their identities will not be revealed.

Prosecutors said one of the boys brought the splatter ball gun to school and the three others were involved. But it was initially reported as a real weapon, sending the school into a lockdown and leading to a major police action that day.

"Working on our rhyme"