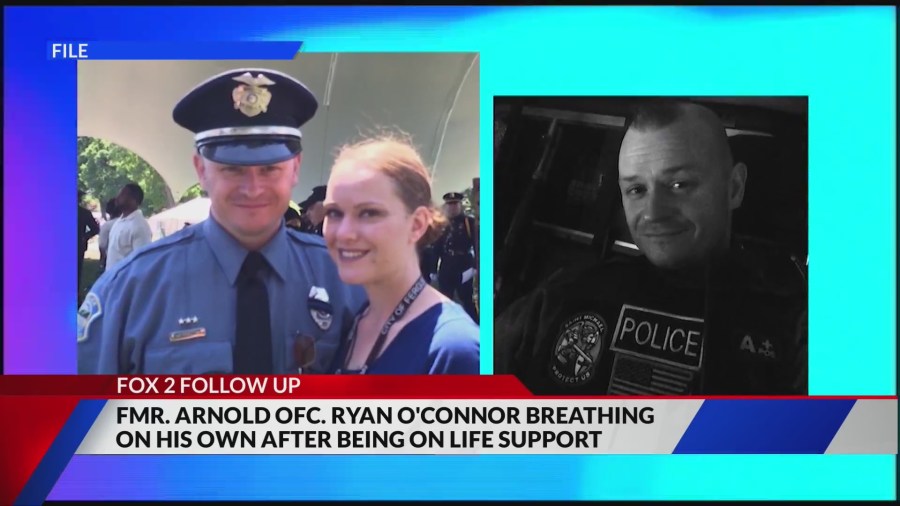 ARNOLD, Mo. – After a few days on life support due to COVID and double pneumonia, former police officer Arnold Ryan O’Connor has now begun to breathe on his own.

O’Connor’s family prayed and supported him as he battled COVID.

In 2021, his stepson Aidan Gansner, 21, took an oath to protect and serve, representing the same police department. He fulfills his dream to follow in his stepfather’s footsteps. O’Connor sat in the front row of the graduation ceremony.

https://fox2now.com/news/missouri/former-arnold-officer-now-breathing-on-his-own-as-he-fights-covid/ Former officer Arnold is now breathing on his own while fighting COVID