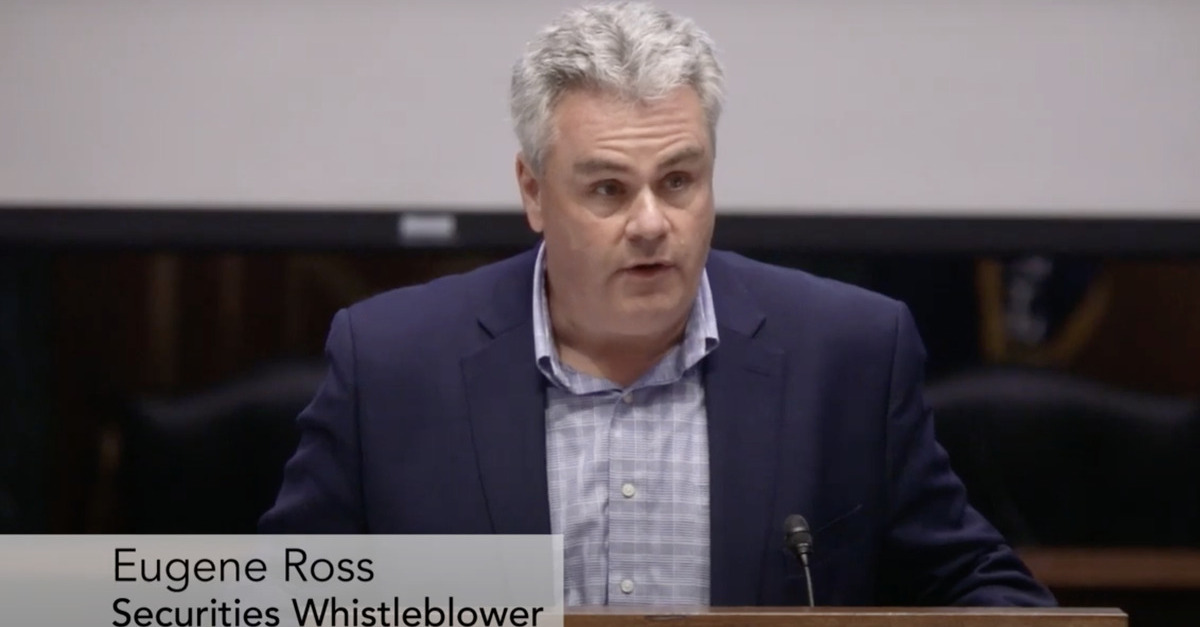 A federal appeals court has ruled against a whistleblower whose information helped the Securities and Exchange Commission (SEC) secure both a criminal conviction and a multimillion-dollar civil judgment against an investment broker who defrauded its clients.

Eugene Ross was a broker at the now defunct investment firm Bear Stearns. Ross uncovered a massive fraud scheme involving Amerindo Investment Advisors, Inc. in 2004, resulting in a successful SEC indictment for embezzling over $5 million in investor funds. During the arraignment, Ross testified for the Justice Department at the trial and produced an internal memo documenting the fraud.

The timeline following Ross’ disclosure to the SEC lies at the heart of Ross’ failed whistleblower allegation.

Two Amerindo executives were convicted of fraud in 2008. The SEC then pursued a civil lawsuit against the perpetrators. The Dodd-Frank Wall Street Reform and Consumer Protection Act (Dodd-Frank) went into effect in 2010, creating an overhaul of US financial regulations and robust protections for industry whistleblowers.

In 2011, Ross filed formal whistleblower disclosures with the SEC, specifically citing his statements to the SEC prior to Dodd-Frank. In 2014, the trial court ruled in favor of the SEC in the civil complaint and ordered Amerindo and each defendant to pay approximately $100 million in disgorgement, prejudice interest and civil penalties. After the conclusion of the civil case, the SEC asked the plaintiffs to file requests for whistleblower certification.

Ross, whose disclosures sparked the Amerindo case, filed a whistleblower award application. That request was denied by the SEC on the grounds that the information provided by Ross failed to meet three statutory criteria for whistleblower compensation. The agency found that Ross’s disclosures were not “voluntary” because they were made only after Ross received a government request that they did not constitute “original information” because Ross made them prior to the enactment of Dodd-Frank in the submitted in 2010. and because the information provided by Ross “did not result in” the SEC’s successful enforcement action. The SEC argued that allowing Ross to collect whistleblower benefits would go against Dodd-Frank’s goal of encouraging whistleblowers to come forward before authorities “knock on the door.”

Ross appealed the SEC’s order, and the US Circuit Court of Appeals for the District of Columbia Circuit sided with the SEC. Judge Karen Lecraft Henderson (a George HW Bush appointment) wrote for the panel, which also included Richter Judith Rogers (a bill clinton appointment) and judges Robert Wilkinswho was appointed by Barack Obama.

Judge Henderson wrote for the panel, which based its decision on the “original information” aspect of the statutory requirements. Henderson stated that “an applicant’s failure to meet any of these legal requirements will doom their application for a whistleblower’s award.”

In a 13-page statement, Henderson recounted the facts, noting that Ross’ application was doomed to fail because it did not present “original information.” Therefore, it was not necessary to analyze the other two bases for the SEC’s rejection.

Henderson acknowledged in a footnote that the information in question came undisputedly from Ross. However, the judge reasoned that the applicable SEC rule “specifically excludes information filed before July 21, 2010,” making it “unambiguously clear that the Commission, in preparing its implementing rules,” will disregard Ross’s submissions by definition must exclude from “original” information.” Henderson noted in a footnote that the legal limitation on timing “was no coincidence in the light of this [Congress] knew how to provide retrospective application where it wanted.”

The SEC’s denial of Ross’ whistleblower filing has been the subject of much criticism.

In a 2020 article about Ross in News from the whistleblower network, Geoff Sill writes, “The story of whistleblower Eugene Ross serves as a sobering reminder of the personal hardships that can befall whistleblowers when there are no strong whistleblower protections in place.” Likewise in a 2021 Institutional investor Piece, Leah McGrath Goodman calls the result “a neat legal mess” in which the SEC “wisely rests on the notion that all information provided prior to Dodd-Frank, regardless of its quality, came too early, while all information provided after Dodd-Frank Frank’s enactment came, not the case won.”

Bob's Burgers Recipes: We made and ate 6 of these

How classes work in Terraria - class setups and building guide

are you a narcissist Take the quiz and find out