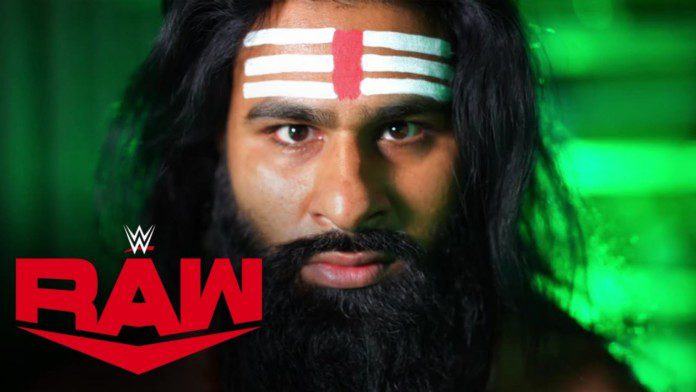 Veer Mahaan has been repackaged by WWE and will make his re-debut on the April 4 edition of Raw, the Raw after Wrestlemania. Post-Wrestlemania Raw is usually one of the most important Raw events of the year as it includes the aftermath of Wrestlemania as well as the return of several Superstars.

Veer Mahaan has something to say about his re-debut

Veer Mahaan has long been hyped by the company, declaring every week that he’s “coming to Raw.” This is something that has been happening since November. However, this time WWE added a date so fans will know when he will finally arrive. He had previously teamed with Shanky and Jinder Mahal, but the three were split at the WWE Draft.

Despite the fact that Veer has yet to appear on Raw, he has fought in the ring. He is a regular at the Main Event where he had the opportunity to work with T-Bar, Cedric Alexander and Shelton Benjamin. Now that the date has finally been announced, Mahaan took to social media to comment on his re-debut. He said:

“Dedicated to the optimist and positive of my fans who raised their fists in the air in support.
i heard you
Yes, the man is coming. He always was.
I’m clearing this path ahead. Don’t get in the way.
Better yet… please try!”

Veer Mahaan does not have a wrestling background

Mahaan was recruited by WWE during the Black and Gold era of NXT, and Malcolm Bivens was his mentor. He was once linked to former WWE Champion Jinder Mahal before being drafted into RAW prior to his Persona makeover.
Veer, on the other hand, didn’t come from a wrestling family and had a drastically different career path before joining WWE. He was drafted by the Pittsburgh Pirates as a professional baseball player after winning the reality show Million Dollar Arm.

The prestige that the Indian-origin Superstar brings to Raw must be seen as he makes his Raw debut after Wrestlemania!

https://firstsportz.com/wwe-veer-mahaan-comments-on-his-re-debut/ “Don’t stand in the way” comments Veer Mahaan on his re-debut » FirstSportz

How to defeat the dragon zombie in Stranger of Paradise: Final Fantasy