A family’s unique connection with their autistic son is captured in the new documentary “Let Me Be Me,” a trailer that TheWrap was able to reveal exclusively.

The touching story uses home video to show how the Westphal family struggled when their 6-year-old son Kyle was diagnosed with Autism. “Back then, autism meant there was nothing you could do and they had to be hospitalized,” Kyle’s mother says in the trailer. But by adopting a unique treatment that Kyle’s mother and father had brought into Kyle’s world instead of forcing him into theirs, Kyle felt empowered to embrace himself, his family connection and his own. His family and passion. 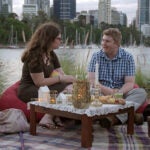 Indeed, Kyle explains in the trailer that his favorite movie was Disney’s “Cinderella” as a child, and as he became obsessed with dresses and fashion shows, his family accept what he loves. That led to Kyle becoming a successful fashion designer as an adult, and the emotional documentary about how this family approached parenting their son paved the way. a stronger bond.

Directed by Dan Crane and Katie Taber, “Let Me Be Me” premiered at the DOC NYC festival last year and will be released in theaters by Greenwich Entertainment on February 25.

The Witcher director breaks down the fight scenes in season 2

The Emergency Actor Turned Chemistry Into A Thriller Based On Friendship