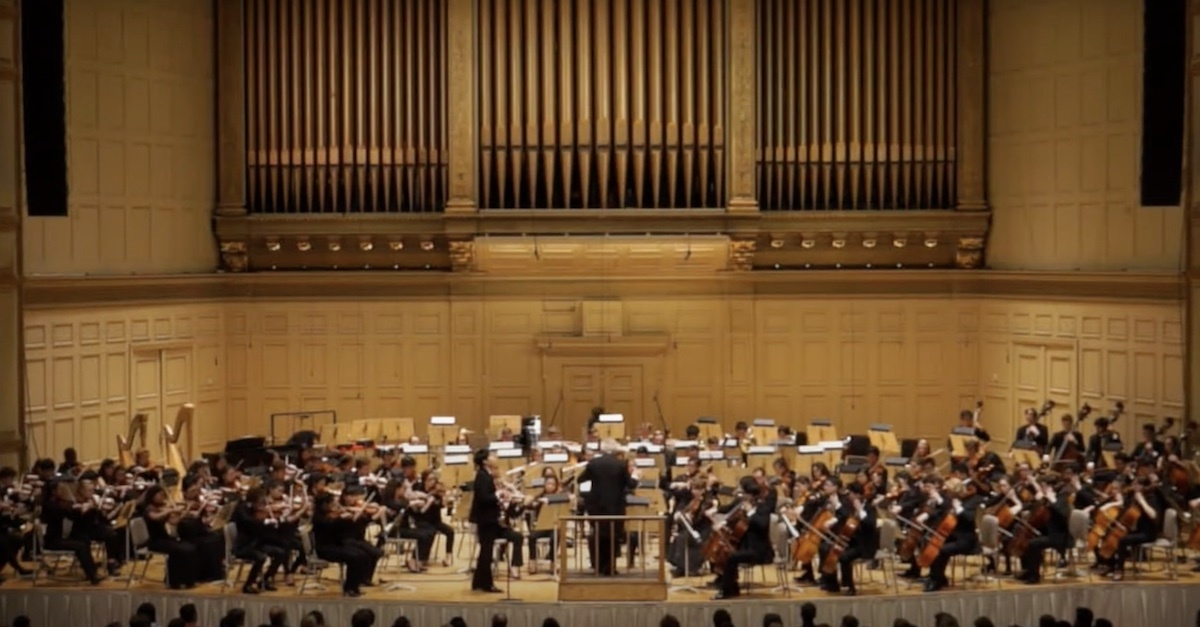 A former consultant to the Boston Philharmonic Orchestra, who also worked with that company’s youth orchestra, has pleaded guilty to possessing thousands of sexually explicit and abusive images of children, including an infant. Prosecutors agreed to recommend a sentence of three to five years in prison, under a plea agreement reviewed by Law&Crime.

David St George75, pleaded guilty Thursday to a charge of possessing child pornography, according to a Justice Department press release.

St. George was arrested and charged in September 2018.

According to the DOJ, in May 2018 investigators received information about a shared secure online storage account that allegedly contained the images. The IP address for the account was eventually linked to St. George.

The details of what was included in the account are disturbing.

“The storage account contained over 5,000 files, including sexually explicit images and videos of children, many of which depicted child sexual abuse — including depicting an adult raping a child approximately one year old,” the DOJ press release said .

In September 2018, a search of St George’s residence uncovered thousands of files containing child pornography, including depictions of sexual assault on children between the ages of six and eight. Emails revealed that despite being repeatedly blocked by an online service provider, St. George continued to post child sexual abuse material. During the search, St. George admitted to receiving and downloading child pornography from the dark web while taking steps to disguise his identity, as well as receiving and downloading child pornography via email for upload to his shared secure storage account.

At the time of his arrest, the Boston Philharmonic announced that they had suspended St. George.

Elizabeth Christensenexecutive director of the Boston Philharmonic, called in an email to local NPR station WBUR at the time that the organization learned of St. George the day of his arrest and that he had been suspended.

“We are as alarmed and surprised as everyone else,” Christenson reportedly said in the statement. “The safety of our young musicians is important to us.”

According to an affidavit reviewed by Law&Crime, St. George was previously the artistic director of the Discovery Ensemble, a Boston-based chamber orchestra that hosted workshops and concerts for children from local schools.

St. George identified in a 2018 blog post as someone who “has developed a close personal relationship with the members of the BPYO through his participation in … weekly rehearsals, where he frequently intervenes with his insights and coaching,” it said in the affidavit.

Federal agents said St. George admitted to collecting child pornography over a period of about a year and a half in what he described as “feverish and insane” and amassed a large collection, and said he deleted his collection and deleted his encrypted cloud storage account because he was “disgusted” with himself.

St. George faces a maximum of 20 years in prison, but he can appeal any sentence above what is recommended in his plea agreement. Prosecutors will also recommend a five-year supervised release, although he could face it for life. His fine is capped at $250,000.

Representatives from the Boston Philharmonic could not be reached for comment. The St. George’s attorney did not immediately respond to Law&Crime’s press inquiry.

Sentencing was set for August 16.

Read the defense agreement below:

E3 2022 cancelled, both online and in person

How to get the coveted Moonveil Katana in the Elden Ring