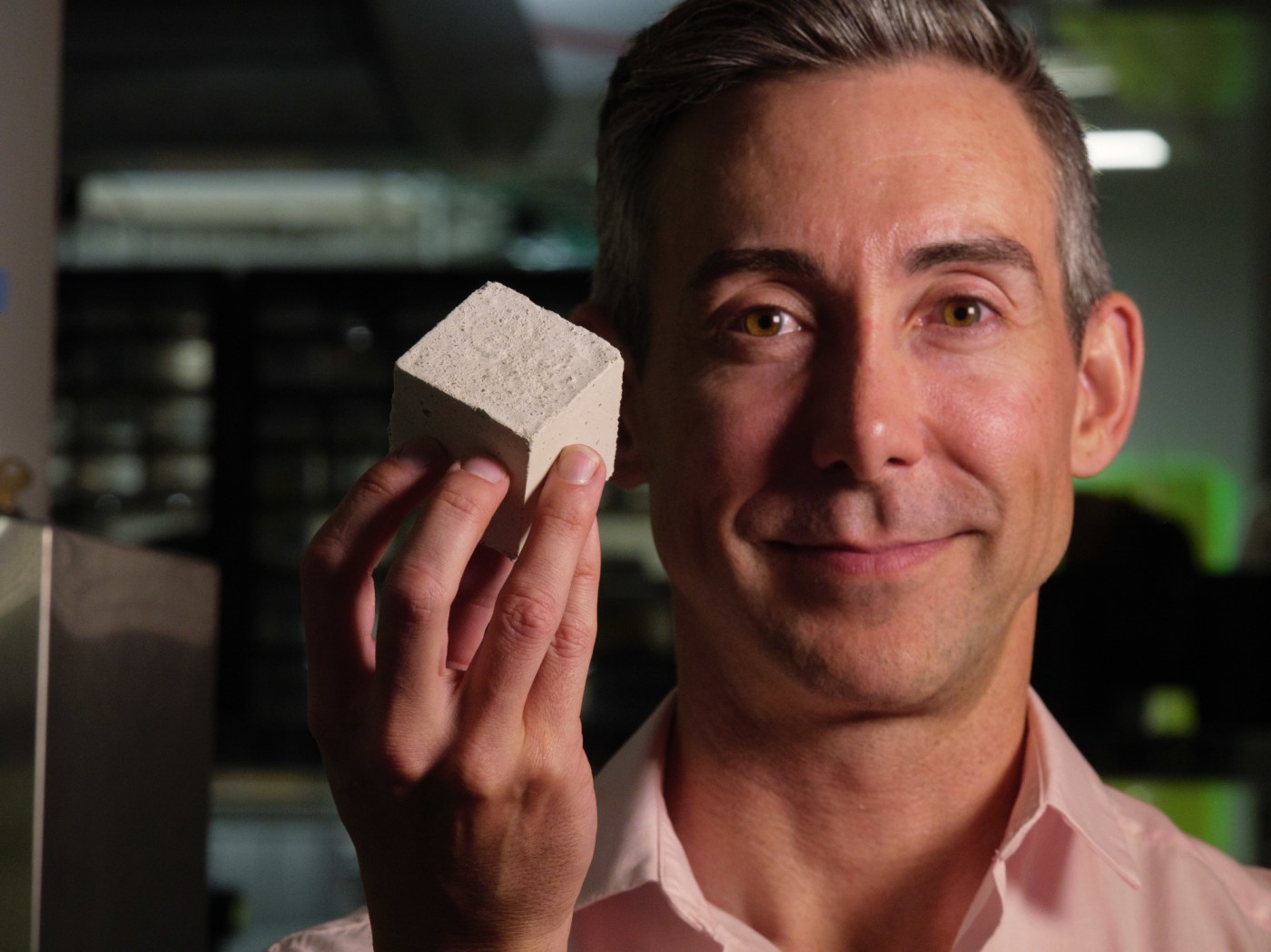 The massive global pouring of concrete as developers densify cities could be transformed, eliminating heat-trapping pollution in the atmosphere, by switching to a new type of cement made in Colorado — cement made using tiny marine organisms ” is bred”.

The US Department of Energy this month accepted the University of Colorado research that developed this cement and invested $3.2 million to expand the cultivation of a species of algae called Coccolithophores. CU’s innovation appealed to the DOE’s Advanced Research Projects Agency because cement production causes 7% of the global heat-trapping pollution that accelerates global warming. That’s a significant proportion, exceeding emissions from air travel.

“This is a carbon dioxide removal project,” said CU Boulder materials scientist Wil Srubar, leader of the work and director of CU’s Living Materials Laboratory, who came up with the idea while snorkeling in Thailand on his honeymoon in 2017. He saw “amazing” natural limestone structures in coral reefs and wondered if humans could mimic natural processes to make enough limestone for cement – rather than digging limestone from quarries.

“All we’re doing is switching the source of the limestone from scooping it up from the ground to growing it with algae,” Srubar said. “If we can make the complete switch – switching from quarrying to grown limestone using microalgae coccolithophores – we will avoid 2 gigatonnes of carbon dioxide emissions per year.”

That calculation assumes urban construction is growing at current rates around the world — a booming pace that construction industry groups estimate has tripled over the past four decades, adding the equivalent of New York City every month.

Switching to carbon-neutral cement production would help curb global warming, which has led to worsening droughts and wildfires. And the construction industry has shown interest in addressing this issue, Srubar said. A switch to cleanly manufactured cement would also somewhat ameliorate the urban heat island effect, which amplifies warming, since whiter cement would not absorb as much heat as gray.

Urban developers rely on cement made from quarried limestone – often controversial due to truck traffic and landscape degradation – and fired in kilns at temperatures in excess of 2,500 degrees. Combustion releases carbon dioxide from limestone into the atmosphere.

Concrete is now considered one of the most widely used materials on the planet, made by mixing water and Portland cement into a paste and stirring in sand, gravel and crushed stone before it hardens. In contrast, algae naturally produce calcium through photosynthesis, which captures carbon dioxide.

Federal funding, awarded this month, is designed to launch CU Boulder engineers working with colleagues who collect and grow algae at the University of North Carolina at Wilmington and with energy scientists at the DOE’s National Renewable Energy Lab in Golden, who will collaborate introduce “limestone-based biogenic cement”. as critical to meeting the nation’s goal of reducing carbon dioxide in the atmosphere.

The algae would have to be grown in ponds, and these would cover a total of about 2 million acres to meet the needs of the US construction industry, Srubar said. That’s about 0.5% of the nation’s land. Researchers envision distributed ponds for economic efficiency in cement delivery. Within two years, researchers will begin large-scale cultivation of the organisms at facilities in Arizona, he said.

“It’s about making the cities of the future grow.”