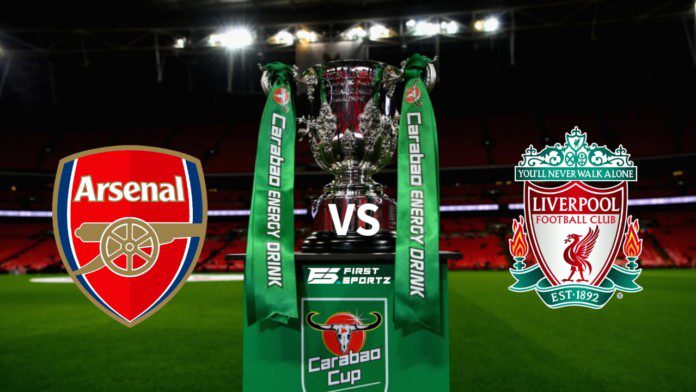 Arsenal vs Liverpool: Arsenal faced Liverpool at Emirates Stadium in the second leg of the Carabao Cup semi-final.

Diogo Jota’s moment of brilliance won Liverpool the silverware as Liverpool beat Arsenal by two goals to claim their place in the Carabao Cup final. Toothless performance of the Gunners.

Let’s have a look at Arsenal vs Liverpool players rating:-

Aaron Ramsdale (2/10): A frustrating evening for Ramsdale. Got the wrong foot on the first goal and Jota chipped him on the second.

Tomiyasu (2/10): An unforgettable return to the team for Tomiyasu. Skinned by Jota for the first goal conceded.

Ben White (3/10): Careless with his pass and lazy in defense. All in all a very bad evening.

Gabriel (3/10): Should have organized better offside for the second goal. Pity his distribution.

Tierney (5/10): Another player with Odegaard who should stay in shape. Place bombs forward when needed and defend when required.

Lokonga (4/10): There were moments where he looked like a real asset. His inexperience showed in the second half.

Odegaard (7/10): Arsenal’s Player of the Match. Make his mark on the game with his outstanding passing ability.

Saka (5/10): Arsenal failed to get Saka into the game in the first half. The second half was much better.

Emile Smith-Rowe (3/10): Arguably his worst game of the season. Find yourself out of the game for the most part.

Martinelli (5/10): Start the game with a bang. However, faded in the second half and was at fault for Liverpool’s second goal.

Partey (1/10): The game returns to horror from Partey. I got kicked out stupidly by myself.

Kelleher (0/10): Lacazette performed a great acrobatic stunt in the early stages of the match. Protect your box well for 90 minutes.

Alexander-Arnold (0/10): Martinelli gave him a tough time in the first half. Trent came back better in the second half and had an assist.

Matip (5/10): Matip had half better than VVD. However, a potential injury saw his night end early as Konate was brought in after halftime.

Van Dijk (7/10): While the score would suggest something else, it wasn’t quite a good match for Van Dijk. Has been caught on the ball many times.

Robertson (October 8): Definitely an improvement over the first leg from Robertson. Saka defended well and made some nice crosses.

Fabinho (October 8): He was always behind the Arsenal midfielders. Played Smith-Rowe out of the game.

Jones (October 8): Technically one of the best players in the game. Jones is always in the right place at the right time.

Gordon (7/10): Something to remember for the 17-year-old. Should have taken the lead in the second half.

Firmino (7/10): Not many balls were found in the strike zones. However, played that beautiful snap to score the first goal.

Konate (7/10): Come at halftime and watch the game play out because Liverpool. Ambitious with his departure.

ALSO READ: “We knew we could go anywhere and win.” – James Milner confident before the encounter between Liverpool and Arsenal

Police attribute the deaths of a woman, a child who crashed in Petco Park to a homicide

Massively on the Go: Orna vs. Pokemon GO in the battle of the MMOARGs