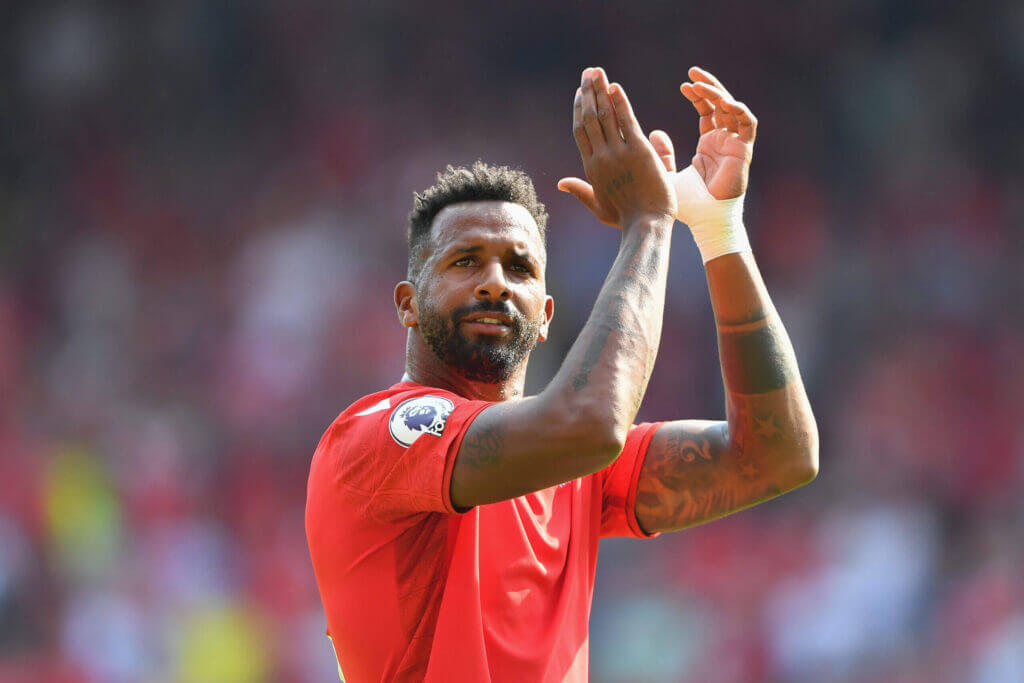 In years to come, there’s a good chance a quiz question will be: Who has played just six minutes of Premier League football for Nottingham Forest?

But while his options were limited, the man who will likely be the answer to that question (barring a dramatic change in circumstances) will still be fondly remembered at the City Ground.

Despite minimal minutes on the pitch, 29-year-old Cafu, or to use his full name Carlos Miguel Ribeiro Dias, somehow still managed to provide an inordinate number of memorable moments.

But during last season’s promotion surge, he had just 346 minutes on the pitch from two starts and 13 substitutions, and now he’s been dropped from the 25-man squad along with Lyle Taylor and Harry Arter.

Arter’s exclusion came as no shock as he has been training outside of the first-team group for about a year. Without being unkind, the fact that Cafu and Taylor weren’t there didn’t come as a huge surprise either after 22 summer signings.

Both were marginal figures when Forest won promotion so it seemed unlikely they would be in the top flight anymore, especially after spending £150m ($167.5m).

https://theathletic.com/3645035/2022/10/02/cafu-played-six-minutes-in-premier-league/?source=rss Cafu played just six minutes in the Premier League for Forest but his contribution will be remembered