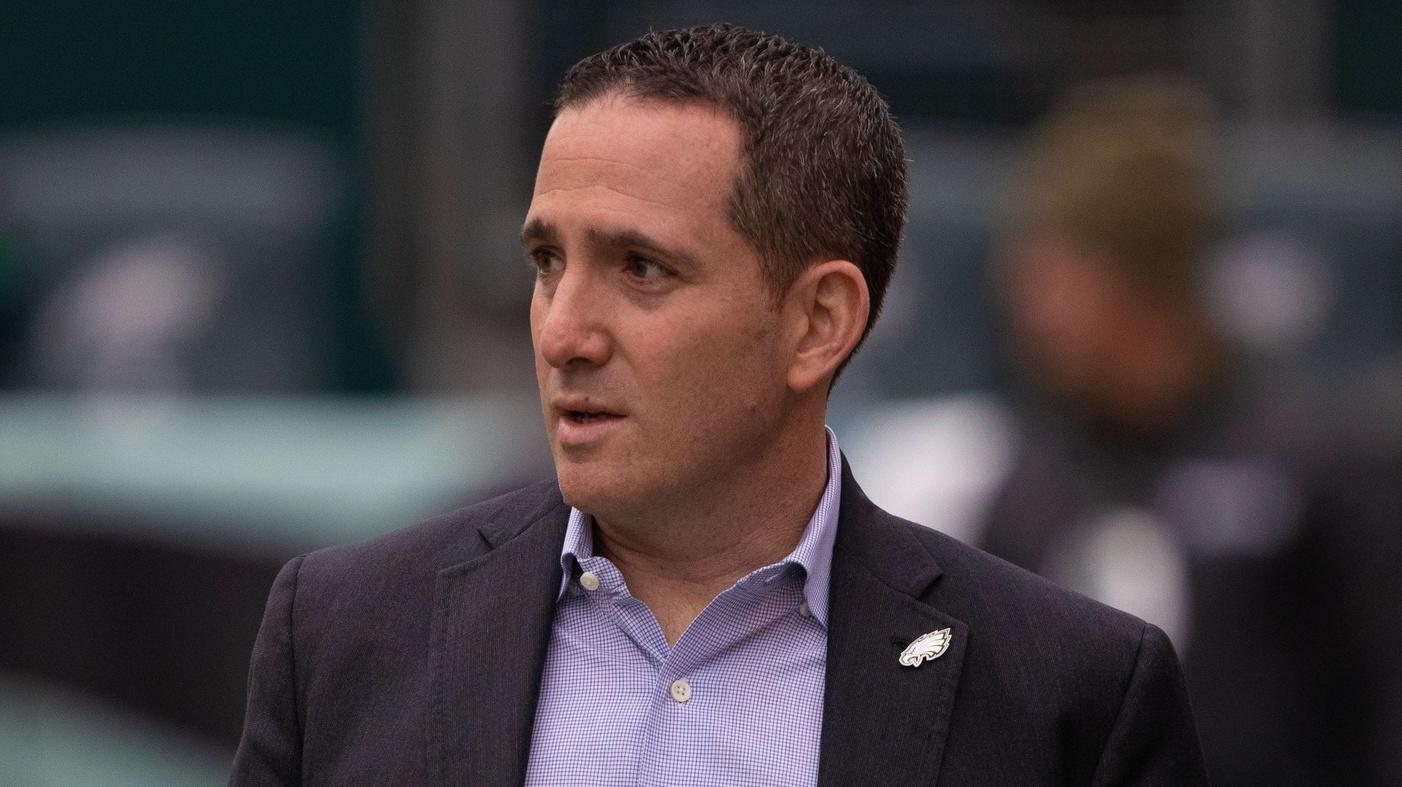 Confidence is everything in the NFL, and conversations about where a franchise sits among its peers run across the league. While decision makers are notoriously keeping their cards close to their vests to maintain leverage, I’m – probably for good reason – unbound. Here are five teams to buy and five teams to sell before the close on Tuesday, November 1:

There are a few ways to contextualize what a “buyer” in the NFL should look like. The first type is the franchise that not only has a positive record but is also considered a Super Bowl contender. The reality is that there are teams with promising records that nobody expects to actually lift the Lombardi Trophy. The second type is the desperate franchise with an elite quarterback who knows their window is about to close.

Buffalo falls into the former category. They were aggressive in the offseason, getting players to play key roles like cornerback Kaiir Elam and edge rusher Von Miller. The Bills are considered one of the top contenders to win the Super Bowl. The Rams showed that the trend is to move the chips to the middle of the table and increase the odds even further. Perhaps the AFC East franchise is interested in adding more protection to Josh Allen or adding more depth to the secondary.

After initially announcing his retirement, quarterback Tom Brady made the decision to return to Tampa Bay for his 23rd season. While things haven’t gone as expected so far, they find themselves at the forefront of the NFC South. It’s not dissimilar to the regular season before its Super Bowl run two years ago. The Buccaneers went into bye week 7-5 in 2020 before clinching four straight wins only to make it into the postseason. The NFC is wide open and a slow start shouldn’t deter the franchise from its ultimate goal.

Whether it’s the next offseason or the one after, Brady will be retiring from the league and Tampa Bay doesn’t have a viable replacement. Once that window closes, attention will turn to creating a healthier long-term salary cap situation, requiring the team to capitalize on its present opportunity.

Kansas City already showed they belong in that category by trading for Giants wide receiver Kadarius Toney. Rookie Skyy Moore hasn’t found himself on the field often this season, and that’s putting even more strain on the train of Juju Smith-Schuster, Mecole Hardman and Marquez Valdes-Scantling. Toney isn’t Tyreek Hill, but his skill is such that head coach Andy Reid can get him moving, field him throughout the formation and force the defense to respect his speed.

The Chiefs will be there at the end pushing the Bills forward. The more you can do now to help yourself, the more prepared you will be right now.

The Eagles have to be on this list if general manager Howie Roseman loves a good trade. In the past seven months, Roseman has sent a first-round pick to New Orleans, bringing in wide receiver AJ Brown, edge rusher Robert Quinn and safety Chauncey Gardner-Johnson. He acquired design capital with the intention of having the flexibility to perform these types of moves. And on Wednesday, edge rusher acquired Robert Quinn.

The rationale for including Tampa Bay was that the NFC was wide open; Well, they’re all chasing the undefeated Eagles right now. In the days leading up to the 2017 close (the regular season before the team’s Super Bowl win), Philadelphia running back Jay Ajayi acquired. Could this position be the focus of trade discussions again?

Copy and paste the Buccaneers section above and change the names. Green Bay was an underperforming team, but time is running out with quarterback Aaron Rodgers. The Packers should throw another veteran log on wide receiver fire and hope it’s enough to hold them through the end of the season.

Cleveland has lost four of its five games, totaling nine points. If they hadn’t snagged losses to the Jets from wins, they wouldn’t be on this list. From the looks of it, the team has gone through the easiest part of their schedule and finds themselves with a 2-5 record. Realistically, the team needs 10 wins to advance into the postseason. Deshaun Watson will be back for six of those games but it’s unrealistic to think he’ll win them all after two years without playing. The franchise isn’t heading into the postseason, so why not soon-to-be free agents Greedy Williams, Jack Conklin, and Kareem Hunt act now when it looks like they won’t be part of the team for next year and beyond?

If they somehow win against the Bengals on Monday night, it could change the prospects for them.

Despite a morale-boosting win over Green Bay, Washington is staring three teams up the hill in their own division with at least five wins. They turn and look at Sherpas Carson Wentz and Taylor Heinicke before promptly heading back to base camp. Cornerback William Jackson III doesn’t fit into the defense and wants out. Defensive tackle Da’Ron Payne becomes an expensive free agent after the season. Wide receiver Curtis Samuel’s contract is reasonable and would be attractive to other teams. Having three wide receivers as talented as Terry McLaurin, Jahan Dotson and Samuel is a luxury they just can’t afford right now.

If you’ve come this far hoping to find a claim that the team should trade wide receiver DJ Moore, then it’s just disappointment. Moore’s contract almost forbids being postponed for anything of equal value. Also, Carolina is capable of adding one of the best quarterback prospects in the 2023 NFL Draft, and they would be doing that player a disservice by walking away from Moore. There’s also not much incentive to move edge rusher Brian Burns. Yes, he will soon be looking for a clear proof of faith, but he is young and a building block for reconstruction. However, players like offensive lineman Cam Erving, defensive tackle Matt Ioannidis and wide receiver Terrace Marshall are among those who could be reassigned.

Although New Orleans took steps to suggest they considered themselves contenders, it was difficult to envision a path with their current quarterback situation and the unknowns of post-Sean Payton life. Beyond Payton, the loss of quarterbacks coach Joe Lombardi — now the Chargers’ offensive coordinator — a year earlier was bigger than he was ever given credit for. Could they pull away from wide receivers Marquez Callaway and Jarvis Landry or defensive tackle David Onyemata, among others?

Houston is currently positioned with a top-5 overall pick in the 2023 NFL Draft from the Browns as part of the Watson trade. There is an opportunity for the franchise to continue hoarding draft picks. The closets are full of veterans with wide receiver Brandin Cooks, tight end OJ Howard, cornerbacks Steven Nelson and Desmond King II, edge rusher Jerry Hughes, defensive tackle Maliek Collins and more. The main goals should be severing players who aren’t part of the long-term vision, improving the franchise’s position in the draft, playing against young players to find out what the roster has and needs, and attacking the off-season the design capital to make a difference.

https://www.cbssports.com/nfl/news/2022-nfl-trade-deadline-buyers-and-sellers-where-the-packers-buccaneers-and-others-stand/ Buyers and sellers of the 2022 NFL trade deadline: Where the Packers, Buccaneers and others stand

How to send a robber in GTA Online