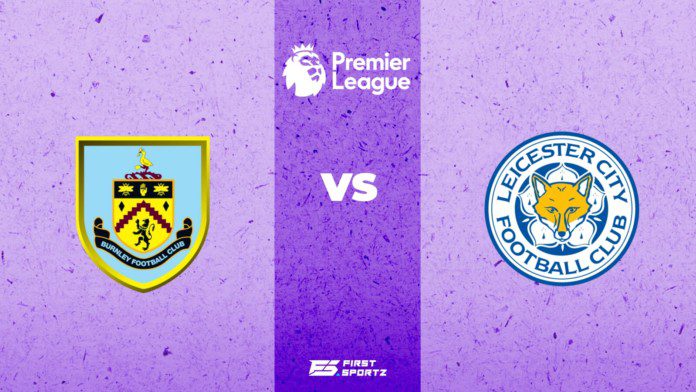 Burnley vs Leicester City: Leicester came away with three much-needed points after beating Burnley 2-0 in the Premier League.

The match was quite stalemate for more than 80 minutes before substitute James Maddison put the Foxes ahead after a smart finish from outside the box. Vardy widened the gap in the 90th minute with a simple finish to put the game to sleep.

Let’s have a look at the player ratings for the Burnley vs Leicester City match:-

Nick Pope (GK) (7.3/10): Pope made some good saves and came out to claim the ball from crosses. However, his distribution is very poor.

Connor Roberts (6.8/10): Roberts made some important tackles and interceptions but he lost possession a lot and his pass was sloppy.

James Tarkowski (6.6 / 10): Tarkowski played well for most of the game but was unable to put in the key block to deny Maddison.

Ben Mee (October 7): Mee had to retire after 40 minutes after getting injured, Had a steady performance until then.

A Lenon (6.3 / 10): Lenon was silent throughout the match. He could not create many chances for Burnley.

Ashley Westwood (7.4/10): Westwood played energetically in the midfield and made a lot of crosses and passes forward. He dribbled the ball very well forward.

James Brownhill (7.5/10): Brownhill also plays well in midfield, his ability to switch play with the long ball is impressive.

Dwight Mcneil (7.6 / 10): Mcneil keeps trying to beat Leicester defender and success is paramount. His delivery from crosses could have been better

W Weghorst (6/10): Weghorst could not convert a great opportunity fell into his hands. He was constantly able to eat long balls but could not hold the ball well.

Maxwell Cornet (6.4/10): Cornet didn’t see the ball as much as he would have liked and couldn’t have much of an impact on the game.

Nathan Collins (7.2/10): Come on in for Mee in the 40th minute and do a good job defending and making some good tackles

Jack Cork (6.2/10): Only been on the field for 19 minutes and couldn’t help his team after coming on

Kasper Schmeichel (7.4/10): Schmeichel made a couple of excellent saves. He also acts as a good sweeper goalkeeper.

Çağlar Söyüncü (7.6 / 10): Played some good long balls from behind, attacking well with the threat from Burnley’s strikers.

Ricardo Pereira (October 7): Only played for 45 minutes but was active at both ends of the pitch before being banned.

Luke Thomas (6.7/10): The left-back played well defensively but did not go forward and helped his teammates get the ball in the penalty area.

Kiernan Dewsbury-Hall (6.5/10): Make a few progressive passes into the final third. His crosses and long balls are poor.

Wilfred Ndidi (7.3/10): Won a lot of duels in the middle of the park. Even so, lose the ball on the majority of the ball.

Marc Albrighton (6.5/10): His passing accuracy is noticeably less accurate but he still manages to create a question mark with a few passes and passes.

Harvey Barnes (7.3/10): Had a good game on the left wing. Got an assist after picking Vardy smartly with a cross.

James Maddison (7.5/10): Entered the field in the 72nd minute and scored with an impressive shot from the edge of the box.

Jamie Vardy (8.2/10): An impactful substitute player set Maddison’s goal and scored a poacher later after coming on in the 72nd minute.

Ademola Lookman (6.3 / 10): There was a quiet game after coming on at 45 minutes and could not cause serious trouble for Burnley defense.

All games and launch channels for Amazon Luna

Is secret recording and no meeting legal? – San Bernardino Sun

Russell Westbrook Trade not a priority but still possible