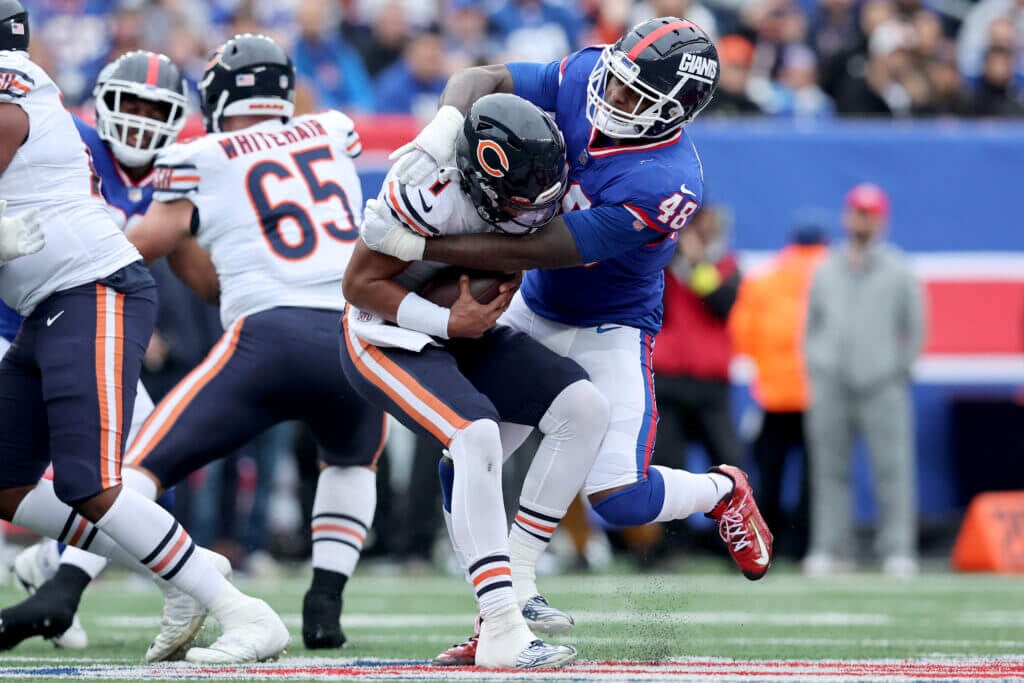 It’s a statement about the Bears losing by eight points to another recovery team utterly exhausted by injuries, surprising few.

They open as a seven-point underdog in their next game against the Vikings and are likely to be underdogs in at least four of their next five games. This series of games will determine whether the 2-2 Bears will be a midfield team or a bottom feeder team.

Here are my other post-game thoughts of the Bears’ 20-12 loss to the Giants.

• Offensive coordinator Luke Getsy and coach Matt Eberflus don’t voluntarily plan plays or call plays conservatively. They do it out of necessity. And it’s their best hope.

• Justin Fields’ 47 rushing yards would have been far more effective if accompanied by 300 passing yards.

• Fields’ 20 from the Bears makes him much more dangerous than his opponent’s 20. That means space is his friend.

• Fields draws unnecessary roughness flags as well as anyone. The Bears benefited from two such flags on Sunday and the season total is five. But eventually, one of those hits can cost the Bears more than their opponent.

• Does it surprise anyone that the Bears have problems on the offensive line and at wide receiver?

• It turns out the Bears have a wide receiver that can open deep and make big plays.

https://theathletic.com/3652192/2022/10/03/bears-problems-no-surprise/?source=rss Bears’ many troubles should come as no surprise: Postgame Pompei

Support Eurogamer and get your first month for £1