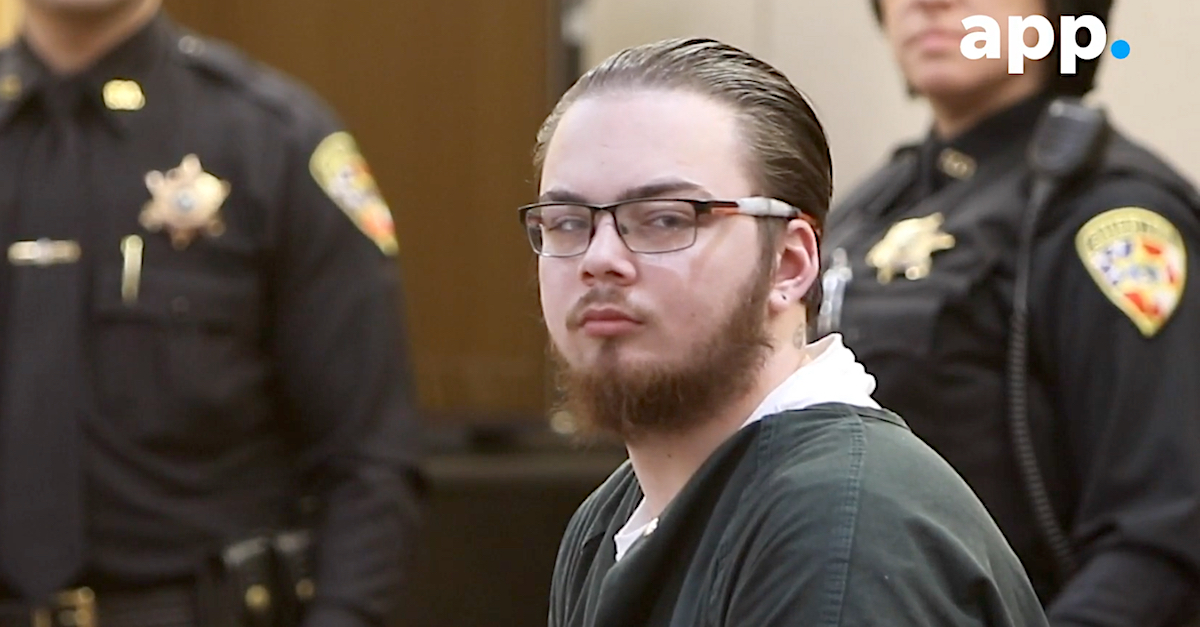 A 23-year-old New Jersey man who spent a decade in prison for abusing his 15-month-old son has admitted to killing his 6-week-old baby girl in a fit of anger. Austin Meli on Thursday formally pleaded guilty to one count of aggravated first-degree manslaughter in the baby’s death, the Monmouth County Acting Prosecutor said. Lori Linskey.

According to a press release from Linskey’s office, Meli is facing a maximum sentence of 30 years in New Jersey State Prison. The state has stated its intention to recommend that Meli’s sentence be applied consecutively to the 10-year sentence he is currently serving for second-degree aggravated assault, endangering a child. and forged evidence regarding his son’s abuse.

As previously reported by Law & Crime, Wall Street Police Department officers on March 9, 2019 answered a call about an unresponsive infant – identified in court documents by initials GB – at Meli’s house. Upon arrival at the scene, first responders discovered the child was not breathing and immediately took her to Ocean Medical Center in Brick, New Jersey. Authorities said she was in immediate care for her father at the time she was found unresponsive.

Doctors tried to resuscitate the baby, but she was pronounced dead shortly after arriving at the facility.

An initial autopsy was performed and the medical examiner listed GB’s cause of death as pulmonary edema, which is excess fluid in the lungs. The manner of death is listed as “unknown” and no arrests have been made.

However, investigators began to re-examine the case after GB’s mother provided the police with important evidence related to Meli.

According to the probable cause affidavit reviewed by Law & Crime, the child’s mother secretly recorded phone conversations with Meli following their daughter’s death. During those calls, Meli admitted that “on March 9, 2019, he suffocated GB twice” and that “GB did not regain consciousness after the second time”. The child’s mother then reported Meli’s confession to detectives with the Wall Township Police Department.

An audio recording of Meli’s confessions was provided to the medical examiner, who reexamined GB’s case and concluded that the manner of death was homicide and the cause of death was “suffocation.” “, according to the affidavit.

“The state was able to obtain copies of those recordings, in which the defendant admitted to suffocating GB until she was stunned,” a judge said during a remand hearing last year. 2020 by Meli, according to a report from NJ Advanced Media. “He then gave her a bottle that she threw all over him. Then he got angry and did it again and she passed out. GB never wakes up again”.

Meli’s sentence for GB’s death follows the state’s Non-Early Release Act (NERA), which requires him to serve at least 85% of his sentence before being eligible for parole. His lawyer Allison Friedman did not immediately respond to an email from Law & Crime seeking comment on the client’s plea and the sentencing phase of the proceedings.

Only the killers in the building hire Michael Rapaport