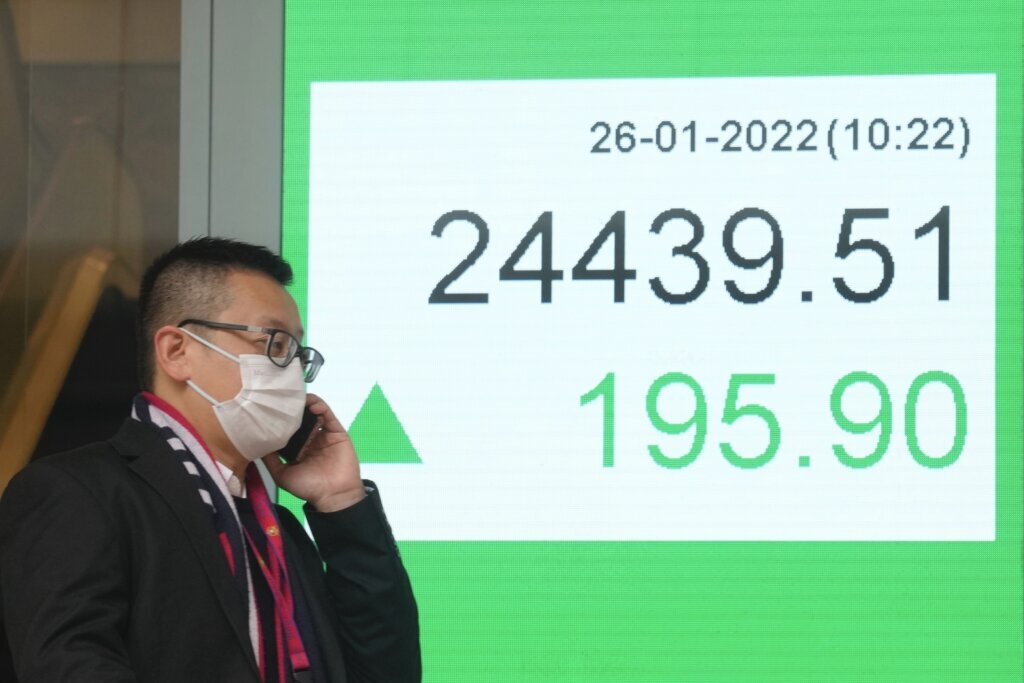 TOKYO (AP) – Asian shares were mixed on Wednesday, with many investors on the sidelines ahead of an update…

TOKYO (AP) – Asian shares were mixed on Wednesday, with many investors on the sidelines ahead of an update on how the Federal Reserve will tackle aggressive inflation.

Stocks fell this week amid increased scrutiny of the Fed’s meeting and whether the US central bank will clarify how quickly it plans to tighten credit and potentially slow the economy.

Anderson Alves, a trader at ActivTrades, said in a commentary: “Asian stock markets were mixed on Wednesday with a lack of direction following another volatile US session ahead of the decision. Fed’s monetary policy”.

At the same time, tensions over Russia and Ukraine tensions continue to draw attention, Alves noted.

Ukraine’s leaders have reassured their country that an invasion from neighboring Russia would not happen but acknowledged the threat was real and received a shipment of US military equipment to bolster it defense.

Moscow denies it is planning an attack, but it has deployed about 100,000 troops near Ukraine in recent weeks and is holding military exercises at various locations in Russia. That has prompted the US and its NATO allies to rush to prepare for a possible war.

Some on Wall Street worry that on Wednesday the Fed could signal that it plans to raise another half a point on key interest rates. There is also concern that Fed Chairman Jerome Powell could hint that the central bank will raise interest rates several times this year compared with the four hikes most economists are expecting.

On Tuesday, the stock fell off its late-afternoon low. But another round of selling during the last trading hour dragged them lower once again. Tech stocks are the biggest drag on the market.

Retailers and media companies also fell. Home Depot is down 1.3% and Netflix is ​​down 5.4%. American Express’s 8.9% gain was the biggest gain in the S&P 500 after the credit card company reported that its fourth-quarter earnings rose 20% from a year earlier.

Higher inflation has been squeezing businesses and consumers alike, and the Federal Reserve is expected to combat it in 2022 by raising interest rates. Investors are concerned that the Fed may be moving too late or may be too aggressive. The central bank released its latest policy statement on Wednesday.

The pandemic is still raging through the economy, threatening to paralyze progress with each new wave of infections. The International Monetary Fund cited the omicron variation as the reason it downgraded its forecast for global economic growth this year.

In energy trading, the price of U.S. benchmark crude oil lost 8 cents to $85.52 a barrel in electronic trading on the New York Mercantile Exchange. It rose $2.29 to $85.60 a barrel on Tuesday.

Brent crude, the basis for international oil pricing, rose 8 cents to $87.26 a barrel.

The Woman in the House Across the Street review: Netflix misses the fake

Australian Podiatry Association research: How having your feet examined by a podiatrist can end up saving your life

Top Republican in House: ‘We’re Going After’ FBI and Clinton for Spying on Trump Based on Durham’s ‘Explosive’ Memo