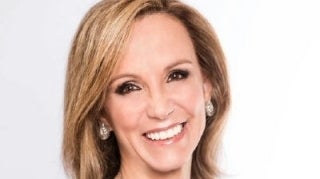 Bloomberg reports that Townsend – who also serves as executive vice president of corporate affairs – will step down ahead of Microsoft’s billion-dollar deal to acquire Activision (if it goes through, of course).

“Fran has done a truly exceptional job – four jobs actually – with continually increasing responsibilities and the most exemplary work ethic,” Kotick told Bloomberg. “Fran has also done an exceptional job of enhancing the strong governance and compliance programs we have across the business.”

Senior vice president of ethics and compliance Jen Brewer will reportedly take over from Townsend.

Townsend resigned from the company’s women’s network back in August 2021, the same day Townsend held a listening session on a recorded Zoom call with the women at Blizzard to hear their stories after she heavily criticized her internal email , which cited Blizzard’s claims, the California State Discrimination Complaint cited “a distorted and untrue picture of our company.”

As Microsoft faces increased pressure from regulators over its $69 billion acquisition of Activision Blizzard, CEO Satya Nadella said he was “very confident” the deal would go through.

The 10 best character skins in Call of Duty: Mobile

How to get ash in Slime Rancher 2