Warning: This post contains spoilers for A Discovery of Witches Season 3, Episode 3.

The third and final season of Discovery of witches is almost halfway there, and for the first time in the series, Matthew (Matthew Goode) and Diana (Teresa Palmer) remain separated throughout the entire episode. That’s because Matthew has come to New Orleans with Marcus (Edward Bluemel) and Jack (Toby Regbo) in an attempt to get support from the Marcus family to form a graft.

To get the New Orleans vampires on board, Matthew needs Ransome’s approval. Ransome was bred by Marcus, and his mate was killed by Matthew. So he has no love for de Clermont’s. Although Matthew killed hundreds of bloody vampires because of the decree of his father, Phillipe, he was still responsible for the deaths.

Matthew’s encounter with Ransome leaves Matthew deeply traumatized when he begins to share details about each vampire he killed over two centuries ago. Ransome tells him if he quit even one person, he will kill Matthew. In Matthew’s voice was not fear as he began to speak but determination and exhaustion. Having to carry around the memory of the vampires he had killed over the years had exhausted him. And he will never forget even one of their names.

After Matthew finished the ritual naming and detailing their deaths, Ransome agreed that he and the other vampires would join the branch, and they shook hands. All Ransome wanted was acknowledgment of the people, families, that were killed. He wanted proof that their lives mattered, and Matthew gave it to him by sharing that, even though he had taken their lives, he would never forget them. And he regrets the choices he made two hundred years ago.

Matthew’s redemption continues as he apologizes to Marcus, something Marcus never expected. By describing every aspect of how he had killed the vampire, Matthew opened the door to forgiveness, which his father had wanted for him for so long.

Discovery of witches airs on Saturdays on Sunday Now. 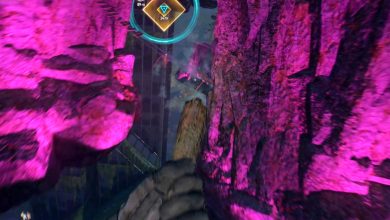