With his new documentary “Second Chance,” director Ramin Bahrani brings to the screen a story that seems too outlandish to be true – a self-made tycoon who invented the bulletproof vest in 1969, and use yourself to practice the goal.

The film, which premiered at this year’s Sundance Film Festival, tells the quirky story of inventor Richard Davis, including anecdotes about how he proved that the vest worked by shooting himself in an empty spot nearly 200 times, and went on to found the armor manufacturing company Second Chance.

Bahrani says that although the wild stories that tie into Davis’ life make for a vivid documentary, the inventor remains an “unreliable storyteller”. 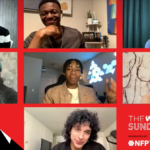 “He doesn’t always reveal everything,” Bahrani told Steve Pond at TheWrap Sundance Studio. “Not only is the truth about what happened, [as] he sees them in a different way. He wasn’t always quite willing or able to get into certain areas of affection, so the supporting characters actually became great friends for Richard. ”

In fact, Bahrani said there was a time when he didn’t believe what Davis said in interviews.

“There were moments where I pressed him a couple of times for him to reveal something factual, I know it was true – I saw the documentary – but he was not going to go there,” the director said. “There was something revealed in the middle of the movie where we realized that ‘my god Richard made this whole thing’ is pretty important to his character. [and] what kind of person he is. ”

Still, determined to present a more balanced retelling of Davis’ life, “Second Chance” spans decades, using interviews from all types of people in Davis’ life from children son and second wife to a teenager who has a deadly encounter with a businessman. many decades ago.

Bahrani also said that while disagreeing with Davis’ philosophy, he “likes him as a human being”, a sentiment shared with several others in the eccentric’s life.

“Interestingly, even those who [Davis] hurt seems to still care about him, which I like about him,” said the director. “That makes me more attracted and drawn to this man and his contradictions because he has done wonderfully wonderful things, but he also does very harmful things and bad things. That makes him a compelling character.”

For more on “2nd Chance” from director Ramin Bahrani, check out the video above.

Soko & Vagabon have culinary experiences with UGG and Chifa

What Peter Shapiro taught about life through 10,000 concerts